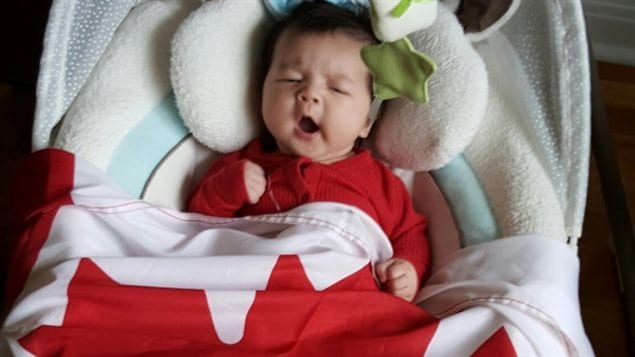 Two studies from Canada confirm the benefits of vitamin D supplements for babies in terms of strong bone development, but also show a relation to more muscle and less fat in toddlers
Photo Credit: Catherine Murray-Min)

Two new studies found that when the recommended regular dosage of vitamin D was given to newborns, they had stronger bones. This wasn’t surprising.  But there was an interesting and unexpected finding as well.

Hope Weiler (PhD) was the supervising researcher. She is an Associate Professor in the School of Dietetics and Human Nutrition at McGill University in Montreal and the Canada Research Chair (Tier I) Chair in Nutrition and Health Across the Lifespan and Director of the Mary Emily Clinical Nutrition Research Unit of McGill

The studies were published in Paediatric Obesity in February entitled, “Vitamin D supplementation trial in infancy: body composition effects at 3 years of age in a prospective follow-up study from Montréal.”

and in March, “Vitamin D supplementation in breastfed infants from Montréal, Canada: 25-hydroxyvitamin D and bone health effects from a follow-up study at 3 years of age“.

What they show is a clear correlation to adequate availability to Vitamin D and body structure in babies.  While they were looking for confirmation of relation in regard to bone density, they found that babies given Vitamin D supplements in the first year, not only had good bone density but also had more muscle mass and less fat as toddlers.

In a McGill statement, professor Weiler said, “We were very intrigued by the higher lean mass, the possibility that vitamin D can help infants to not only grow healthy skeletons but also healthy amounts of muscle and less fat”.

The study initially involved 132 infants aged 1- 12 months who were divided into four groups and given Vitamin D supplements. One group was given the daily recommended amount of 400 IU/day, and other groups had higher dosages up to 1600 IU/day.

The scanning did confirm the advantages of the supplements to strong skeletal development, and they found that while recommended doses of vitamin D supplements produced strong bones, the higher doses did not necessarily mean even stronger bones.

But the densitometer also measures muscle and fat mass.

The researchers discovered that the babies given higher doses had less fat and more lean muscle. On average at 3 years, the children with higher doses above the recommended level had 450 grams less fat.

The only other factor playing a role in reduction of body fat was the amount of physical activity.

Professor Weiler says what the study shows is that parents of newborns should consult with their paediatrician to get the right daily supplemental dose of the vitamin for their baby.