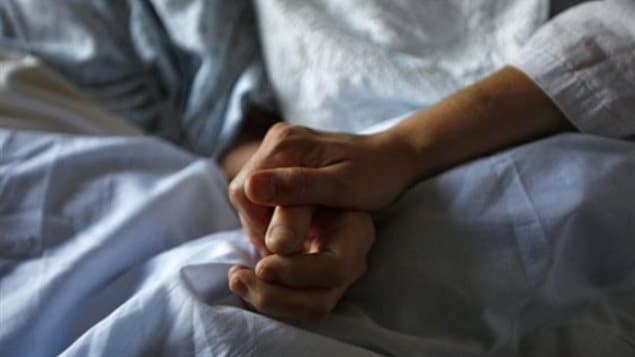 The Liberal government’s assisted-dying bill received royal assent Friday after Canada’s appointed Senate bowed to pressure from the House of Commons today and adopted the bill, abandoning its bid to expand the scope of who qualifies for a doctor-assisted death in the legislation.

Senators voted 44-28 to accept the more restrictive approach proposed by the federal government in Bill C-14. It limits the right to doctor-assisted dying to those whose natural death is “reasonably foreseeable.”

Bill #C14, adopted by both House of Commons and Senate, has received Royal Assent #SenCA pic.twitter.com/WLb6ekAviq

Minister of Justice and Attorney General of Canada Jody Wilson-Raybould and Minister of Health Dr. Jane Philpott said the legislation ensures “safe and consistent access to medical assistance in dying across Canada.”

“The legislation strikes the right balance between personal autonomy for those seeking access to medically assisted dying and protecting the vulnerable,” they said in a joint statement. “It gives dying patients who are suffering intolerably while in decline on a path toward death the choice of a medically assisted death.”

However, advocacy groups and medical associations called the new law too restrictive.

Only those Canadians whose “natural death is reasonably foreseeable” and who are in an “advanced state of irreversible decline” will be eligible for physician-assisted deaths, leaving patients with conditions like ALS, Huntington’s disease, and dementia without rightful access, said Shanaaz Gokool, CEO of Dying With Dignity Canada.

“Today, we mourn for those Canadians who were promised compassionate choice by the Supreme Court’s decision, only to have that choice taken away,” said Gokool. “When this government came into power, its leader vowed to respect Canadians’ hard-wonCharter rights. Bill C-14 represents a breach of that promise.”

The previous legislation was struck down by Canada’s highest court in February 2015. In a unanimous decision the Supreme Court ruled that people with grievous and irremediable medical conditions should have the right to ask a doctor to help them die and it gave the federal government until June 6, 2016 to come up with new legislation.

Philpott said the government will continue working on the issue of medically assisted dying and “further study will be done with respect to medical assistance in dying in the context of mature minors, people for whom mental illness is the sole underlying condition, and advance requests.”