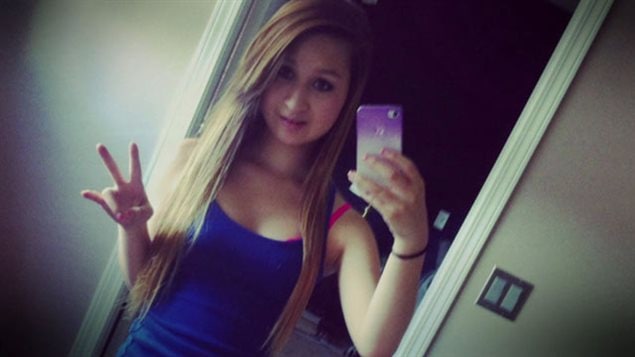 Amanda Todd, was harrassed and blackmailed over the internet to the point where she took her own life at age 15 in 2012. A Dutch man has been charged in connection with the Todd case in Canada, and others in the Netherlands. A Dutch judge ruled he can be extradited to face charges here after facing charges in the Netherlands
Photo Credit: via CBC

A Dutch court made the extradition decision at a hearing today in relation to a case in Canada which made national, and international news headlines.

In October of 2012, a 15-year-old girl in British Columbia, committed suicide after posting a YouTube video about her futile struggle against online harassment and blackmail leading up to and after exposing her breasts on a webcam.

A Dutch citizen, 38-year-old Aydin Coban was arrested in January 2014  following an investigation in the Netherlands into online harassment of victims there and originally charged with nine offences including indecent assault, and production and dissemination of child pornography.

Coban who has claimed innocence in relation to Amanda Todd and other wrongdoing is now facing 72 charges in the Netherlands. The court ruled he can be extradited after facing the charges there. His trial, already delayed for over two years, is now set to begin in 2017.

The case bears similarity to that of an American online predator convicted in relation to the suicide deaths of a British man, and a female Canadian university student. After a series of legal battles, William Melchert-Dinkel 52, served only six months in jail before being released in 2015.