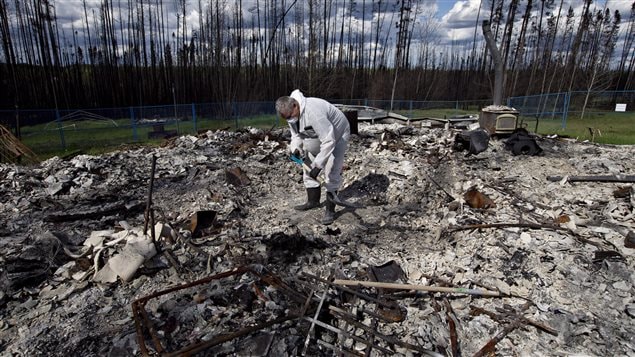 The man in charge of the battle against the massive wildfire in Fort McMurray wants changes to the way houses are built to avoid future devastation, reports Canadian Press. The fire that engulfed this western Canadian city gutted thousands of homes and forced people to evacuate the area for a month.

Fort McMurray is surrounded by dense boreal forest which naturally, periodically catches fire and then regenerates. Fire Chief Darby Allen says houses should be built further away from the forest and must be made out of materials less likely to catch fire.

It can be difficult to change municipal building codes in Canada, says Allen, but after the fire residents may support such changes.

The mayor of the town says people don’t have to wait for official rules to change. They may choose to adopt their own new ways of building. Mayor Melissa Blake herself plans to change the roof of her home which is currently made of cedar wood.