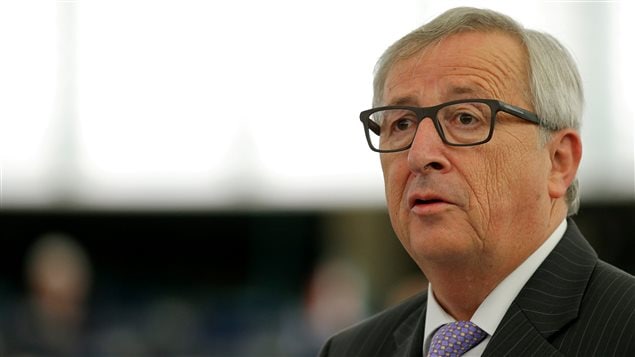 A decision by the European Commission president Jean-Claude Juncker to abandon plans for fast-track approval of the EU-Canada trade deal in favour of ratification by national parliaments will not significantly delay the implementation of the landmark deal, says a Canadian expert.

Patrick Leblond, a professor at the Graduate School of Public and International Affairs at University of Ottawa, said he expects the Comprehensive Economic and Trade Agreement (CETA) to come into force provisionally early next year as soon as it is approved by the EU Council of Ministers and the EU Parliament.

Juncker proposed Tuesday to the Council of the European Union to sign and conclude the Comprehensive Economic and Trade Agreement (CETA) as a ‘mixed’ agreement.

That means Brussels cannot simply ratify CETA on behalf of all EU member states, but that each of the national parliaments – and some regional parliaments as well – will also have to approve the trade deal.

Juncker had previously argued that the deal does not need to be debated and approved by national parliaments since the EU has the power to negotiate trade deals as a single block. But in a last-minute political retreat following vocal criticism of his stance from some European capitals, especially EU heavyweights Berlin and Paris, Juncker was forced to change his position.

Many EU officials fear the laborious process of debate and ratification by 38 national and regional legislatures could drag for a long time and endanger the implementation of the deal that took five years to negotiate.

Juncker said he hopes that the deal will be signed during the next EU-Canada Summit, in October.

“The trade agreement between the EU and Canada is our best and most progressive trade agreement and I want it to enter into force as soon as possible,” Juncker said in a statement. “I have looked at the legal arguments and I have listened to Heads of State or Government and to national Parliaments. Now it is time to deliver.”

The credibility of Europe’s trade policy is at stake, he said.

His sentiments were echoed by EU Trade Commissioner Cecilia Malmström.

“It is the most ambitious trade agreement that the EU has ever concluded and will deepen our longstanding relations with Canada,” said Malmström.

Meanwhile, the open issue of competence for such trade agreements will be for the European Court of Justice to clarify, in the near future, she said.

“From a strict legal standpoint, the Commission considers this agreement to fall under exclusive EU competence,” said Malmström. “However, the political situation in the Council is clear, and we understand the need for proposing it as a ‘mixed’ agreement, in order to allow for a speedy signature.”

Canada’s International Trade Minister Chrystia Freeland said the decision by Juncker “was anticipated and will keep CETA on track.”

“I am very pleased that the EU Commission is today presenting CETA to the European Union’s member states,” Freeland said in an emailed statement to RCI. “It is going forward as a mixed agreement — meaning Europeans at the national level will have a democratic say on this agreement, just as CETA will be debated in our own Parliament.‎”

The Liberal government looks forward to signing CETA with its European partners this year and to its ratification in Canada and by the EU Parliament early next year, she said.

“I remain in close contact with the EU Trade Commissioner, Cecilia Malmström, whom I will meet in Shanghai this weekend, and many of my European colleagues, including Sigmar Gabriel, Mathias Fekl, and Martin Schulz,” Freeland said. “‎CETA will provide a strong foundation for Canada and the EU to demonstrate global leadership on a progressive and inclusive approach to trade.‎”