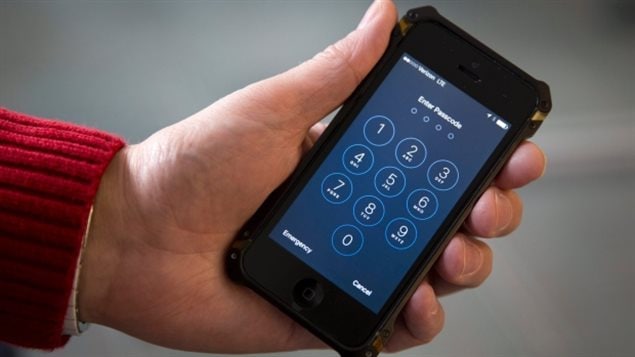 The issue of whether police should be able to demand passwords gained traction after U.S. authorities seized a cell phone in the San Bernardino, California massacre.
Photo Credit: Carolyn Kaster/Associated Press

The Canadian Association of Chiefs of Police has passed a resolution asking for a law that would oblige people to hand over the passwords to their electronic devices if there was approval from a judge. Currently, police can obtain warrants from judges to allow them to search someone’s home if they have solid grounds to suspect criminal activity. And the warrants are strictly limited.

With strong suspicions of criminal activity, police can also ask a judge to authorize them to go to internet providers to connect suspicious web addresses with street addresses so they may physically enter premises to investigate.

But police are not currently allowed to ask a suspect for the password for their mobile phones, computers or other electronic devices. And there are strict limits to what they can gather if they do search electronic devices. Police chiefs would like those limits eased because they say criminals increasingly use encryption to hide illegal activities.

“What we’re seeing here unfortunately with the proposal that the Canadian police chiefs came out with last week seems very much like a desire to throw away many if not all of those checks and balances and simply give the police carte blanche to go through somebody’s digital device,” says David Christopher, a spokesman for advocacy group OpenMedia.

He calls the police chiefs’ proposal wildly disproportionate because it would mean handing over a wealth of personal information that could span years.

“It’s dangerous. It undermines basic democratic rights here in Canada. It’s really extreme. It’s difficult to see this government or any federal government in Canada thinking that this is the kind of idea they should be running with,” says Christopher.

The police chiefs’ resolution comes as the Canadian government is holding consultations on cyber security and how to balance freedom and the needs of police.

Christopher says even if a government were to accept the proposal allowing police to get access to passwords, this would probably be rejected by the courts as unconstitutional. He notes that the Canadian Charter of Rights and Freedoms protects Canadians from unreasonable search or seizure and gives them the right to remain silent and not incriminate themselves.