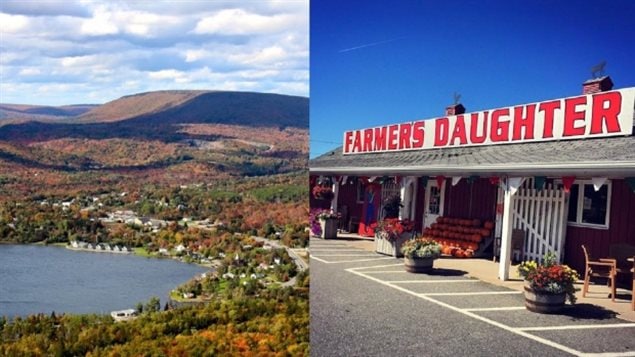 The Farmer's Daughter store has been operating in Whycocomagh, N.S., for almost 25 years. The owners need help and offering something you might be unable to refuse: 2.5 acres of land to live on.
Photo Credit: Farmer's Daughter/Facebook

Feel like relocating? Check out this Down East opportunity

PLEASE NOTE: SINCE THIS INTERVIEW WAS POSTED, THE STORE HAS HIRED THE STAFF IT NEEDED. THE OFFER HAS ENDED.

Want a job and some land in a place that travel magazines consistently rate as one of the most beautiful spots on earth?

Sisters Sandee MacLean and Heather Coulombe, owners of the Farmer’s Daughter general store and bakery in the Cape Breton Island town of Whycocomagh, Nova Scotia (population about 800), just might have an offer you can’t refuse.

To wit: 2.5 acres of land and a job for people who are willing to relocate to their community.

To qualify, it’s best that you like people, can bake, are willing to work hard and be a Canadian resident.

The offer is there.

Been there since last Sunday,

But you best move fast.

Over 1,500 people have already inquired.

MacLean and Coulombe took over the business earlier this year from their dairy farmer parents, who started it nearly 25 years ago.

They want to expand from 12 to at least 15 year-round employees, and they want to do that as soon as possible.

RCI spoke by phone on Wednesday with MacLean, who was at the general store.

PLEASE NOTE: SINCE THIS INTERVIEW WAS POSTED, THE STORE HAS HIRED THE STAFF IT NEEDED. THE OFFER HAS ENDED