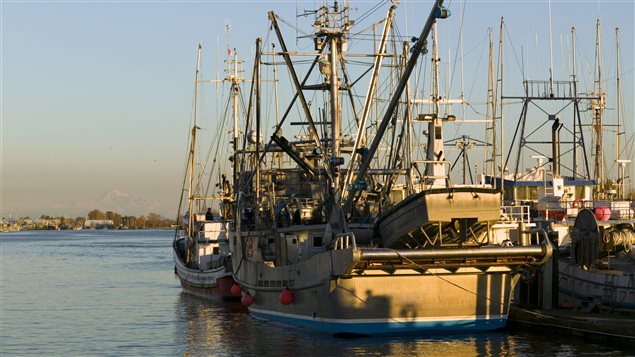 Global Fishing Watch can track the activities of almost any ship over 300 gross tons anywhere in the world.
Photo Credit: Kevin Miller/iStock

New technology lets anyone in the world have a free look at the activities of the world’s largest commercial fishing vessels via internet. Oceana, SkyTruth and Google teamed up to launch Global Fishing Watch which they hope will help curb illegal fishing and rebuild fish stocks in the world’s oceans.

All large boats have a tracker that transmits to satellite and land receivers so they can avoid collisions. Global Fishing Watch uses that information to track the vessels and determine whether they are fishing or not.

“It can reveal who’s fishing where and, perhaps most importantly, illegal fishing,” says Josh Laughren, executive director of Oceana Canada. “It gives us a new powerful tool to enforce fishing rules on what to date has been virtually impossible to do on the high seas.”

Fishing has had the biggest impact on the health of the world’s oceans, he says. The global catch of fish may be 50 per cent higher than what is reported and estimated.

“We know that our stocks are going down. They’re collapsing. And we desperately need to ensure and rebuild our oceans as a key source of protein for the world,” says Laughren. About 2 billion people around the world rely on fish as their main source of protein.

Global Fishing Watch has already been used to crack down on suspected illegal fishing. A biologist from SkyTruth observed a vessel fishing in the vast Pacific waters around Palau. He alerted the government which sent out a patrol boat and caught the ship as it was about to escape into international waters. The vessel was also wanted by Indonesia on suspicion of illegal fishing.

“It’s absolutely essential from a biodiversity conservation perspective, from a climate change perspective and from a food security perspective to manage our oceans well, manage fishing well and rebuild the health of our oceans,” says Laughren. Global Fishing Watch “is only one tool, but it’s a very powerful one and it’s a new one that is bringing resources and possibilities that simply weren’t there before to everyone—anyone with an internet connection.”