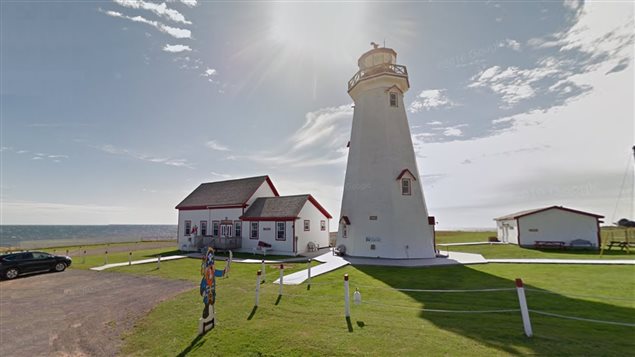 Looking good in 2013, the harsh environment means a new coat of paint is already needed, A grant from the federal government is helping as the light has been named Canada's Confederation Lighthouse.
Photo Credit: Google Streetview

For many decades, even a century or more in some cases, Canada’s many lighthouses were a much welcomed beacon to sailors.

With modern technology like GPS they are now for the most part merely historic reminders of our heritage, and most are now not functional. The East Point light is the only remaining functional lighthouse built in Canada’s founding year of 1867.

Another existing lighthouse  in the maritimes was also built in 1867, but it burned down and was rebuilt a few years later, disqualifying it.

Quoted by the CBC, the manager for the East Point Lighthouse site say, “We did a lot of research through this winter with the Canadian Coast Guard in Ottawa.

“They were able to determine — because you can’t just say such a thing, you have to be able to prove this — we’re the only lighthouse in the country that was built in 1867, which is the same year as Confederation, that’s still a functioning light today.”

The federal government awarded a $39, 375 grant to the Elmira Railway Museum Inc., the group that operates the lighthouse which has become a major tourist attraction.

The money will be used for maintainence and painting. The island lighthouses are in a harsh environment of almost constant salt-laden wind of varying intensities which wears the paint fairly quickly.

Wade Clements has become known as the lighthouse painter on the island, having done four already and now working on the fifth, the East Point Light.

The lighthouses are inevitably in windswept areas overlooking the ocean. Clements says, working high up the wind is a factor, and if it’s too windy his boom lifts (also known as ‘cherry pickers”) can’t operate.