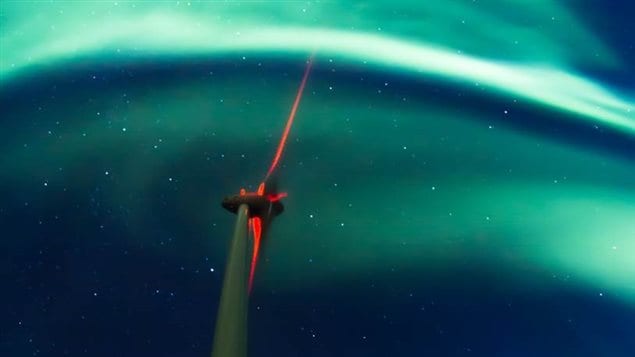 Time to invest in renewable energy for Arctic communities: WWF-Canada

Reducing the reliance of isolated northern communities on the highly polluting diesel makes not only environmental sense but also business sense, allowing communities to save millions on their energy bills, Paul Crowley, director of WWF-Canada Arctic program, said in an interview from territorial capital Iqaluit.

“In Nunavut, we’re in a particularly interesting place where there is an economic case for instead of locking into further diesel infrastructure to skipping ahead and looking at renewable infrastructure to produce clean, habitat-friendly energy into our communities,” Crowley said, “harvesting energy from the environment as Inuit have for the millennia.”

(click to listen to the full interview with Paul Crowley)

WWF-Canada, representatives from the federal and territorial governments and the Qulliq Energy Corporation, the energy utility in Nunavut, co-hosted a summit last week to plan for renewable energy use in remote Northern communities.

The meeting went much more positively than anybody could have dreamed of, Crowley said.

“We knew that there is interest in this topic, there is a real desire to move our remote communities off diesel,” Crowley said. “But having everyone in the room over a two-and-a-half days really demonstrated the willingness of all levels of government, of community members, of industry to move on this file.” 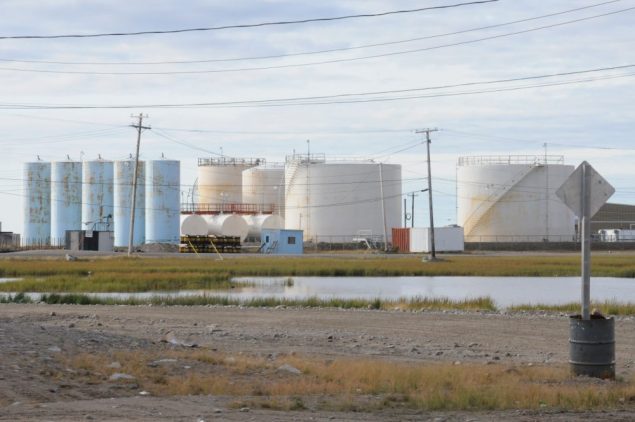 Currently Nunavut does not produce any renewable energy with the exception of a few small projects, he said. But WWF-Canada and its partners have looked systematically into introducing the renewables into the diesel grids in each community, Crowley said.

“What we looked at is production of energy from technologies that we know already work up in the Arctic,” Crowley said. “We know this because there are many examples of this working in Alaska and in Russia, and in other harsh and difficult climates.”

The renewable technologies that will come to complement diesel power generation, which will remain the backbone of the energy system for the foreseeable future, are a mix of solar and wind power, depending on local conditions, Crowley said.

“Some communities it can be just wind, others, like the community of Sanikiluaq, a combination of solar and wind and battery is ideal,” Crowley said. “So it really does vary from community to community.” 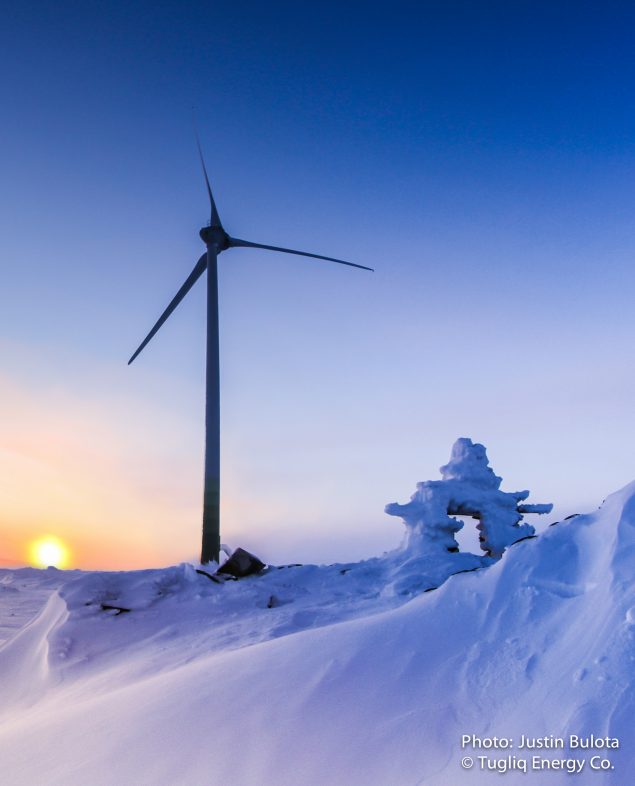 However, wind turbines are, probably, the technology that has the most potential, Crowley said.

“We know now that wind technology has changed and evolved to have systems that do work in the Arctic,” Crowley said. “We know that also in Canada there are a few examples, particularly at some mines, that have put in these systems because they save them money.”

Tugliq Energy says its wind turbine has cut costs at Glencore’s Raglan Mine, lowered the mine’s use of diesel, and minimized its carbon footprint.

Raglan Mine is a large nickel mining complex in the Nunavik region of northern Quebec, approximately 100 kilometres south of Deception Bay.

In 2014, Tugliq Energy constructed a 120 metre high wind turbine and storage facility at the Raglan mine site, which was heavily dependent on diesel fuel.

The turbine takes advantage of the high winds in the area, and saved the mine about 2.1 million litres of diesel in its first year of operation.

Glencore predicts that it will save the company more than $40 million in fuel costs over 20 years.

A WWF-Canada commissioned study conducted by the Waterloo Institute for Sustainable Energy shows millions of dollars in savings for some Nunavut communities by shifting to more renewable energy generation, Crowley said.

The study, which will be released in October, showed that, for example, that the community of Arviat, in the western part of Hudson Bay, over 10 years could be producing close to 40 per cent of its energy from renewables while saving between $2 and $3 million dollars, Crowley said.

And if one looks at the life time of that equipment, which in many cases is more than 20-25 years, the payback is even greater, Crowley said.

“Because we’re in need of renewing our diesel infrastructure, which in Nunavut is very old, with many of the generators past their life expectancy, there is a real opportunity to lock in to the next level of technology and even save costs while doing good for the environment.”

With files from Sima Sahar Zerehi of CBC News