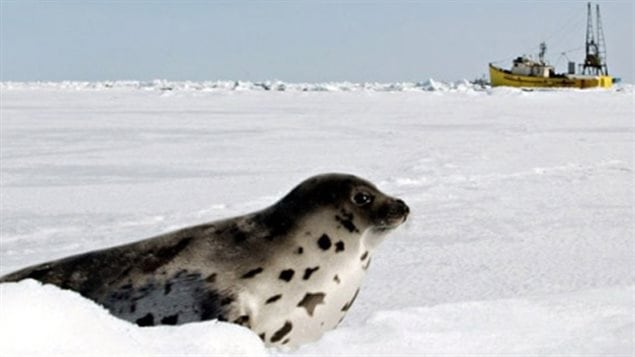 A Newfoundland Member of Parliament is proposing a National Seal Products Day be declared in Canada to promote the industry, tradition, and understanding of the harvest.
Photo Credit: CBC

The day was deliberately proposed for May 20, the day that marks the end of the seal hunting season in Canada which runs from mid-March to mid-May. But it is also the day that the European Union celebrates its “Maritime Day”.

That bill originally S-224, became S-208 and has now made its way to the House of Commons where Liberal Member of Parliament Scott Simms from Newfoundland and Labrador has now sponsored the effort as a private members bill.

Use of seal for clothing and food by the Inuit in Canada, goes back millennia.

When Europeans began settlement of Newfoundland and along the shores of the Gulf of St Lawrence, they too saw the benefits that the seals could bring them.

However,  when the animal rights movement began several decades ago, the spectacle of killing of the baby seals was deemed horrible and a campaign against the Canadian hunt was mounted.

Suprisingly  little is heard or seen about the slaughter in Namibia and elsewhere though.

This anti-sealing campaign eventually led to a ban on seal products from Canada which collapsed the market for seal fur and products and caused severe economic harm to small coastal communities throughout Newfoundland, parts of Quebec like the Magdelene Islands, and of course to many Inuit communities.

In the meantime the seal population has grown to several million animals.

Scott Simms says a National Seal Products Day would help re-invigorate the seal industry and provide needed extra income to many in remote communities and indigenous groups. He also says it could help dispel many myths still prevalent regarding the seal harvest.

Although private members bills seldom make it through the long process into law, Simms says he has fairly wide support and expects this very well could become an officially recognized day.