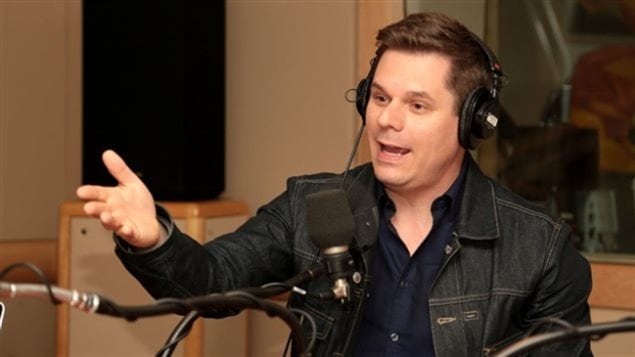 Scandal erupted when journalist Patrick Lagacé learned police monitored his phone to find out who in the police department was leaking information to him.
Photo Credit: Marie-Ève Soutière/Radio-Canada

The Montreal Gazette is demanding to know whether police have spied on its journalists as they have on seven others. And a senator who is himself a former journalist wants to table legislation to protect journalists from such spying and to preserve freedom of the press.

The furor began last week when La Presse journalist Patrick Lagacé learned police had obtained and executed at least 24 warrants to monitor his cellphone to find out who he was contacting and where he went. Then several other journalists learned police had monitored their phones too.

The scandal escalated. Lagacé learned of a second case of police spying on him. He had contacted the office of the mayor to ask about a rumour that the mayor had not paid a traffic ticket. Shortly afterwards Mayor Denis Coderre telephoned the chief of police to complain about repeated leaks about him in the media, and to ask who might be the source.

He denied asking for an investigation, but there was one and that was when police launched a criminal investigation and monitored Lagacé’s phone for a second time.

A storm of outrage

All this news launched a storm of criticism and outrage from lawyers and news organizations saying police had violated the democratic principle of freedom of the press.

The Montreal Gazette’s city editor Louise Solomita sent an email to the police chief asking if any of that newspaper’s journalists had been spied upon. The paper reports its lawyer has asked for an immediate response from the chief saying “By refusing to give this information, you keep my client in a state of uncertainty as to whether its fundamental rights and the rights of its journalists for privacy were violated.”

Meanwhile, Senator Andre Pratte told the Gazette the cases show that current laws “are probably not sufficient” to protect journalists and he is ready to propose his own. He hopes to persuade the federal government to pass a law because he thinks the problem is more widespread in Canada than the current cases suggest.

The government of the province of Quebec has launched an inquiry into the issue of police spying on journalists.