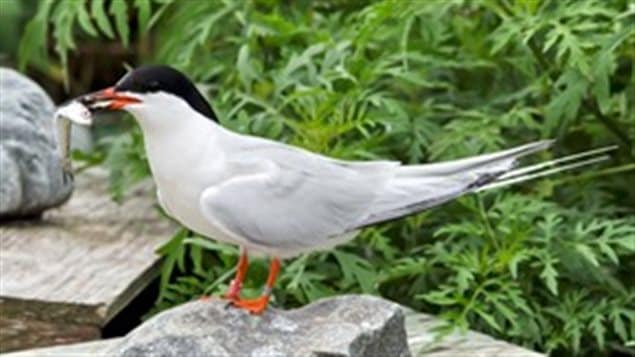 The roseate tern has been identified as a priority for conservation and stewardship.
Photo Credit: Ted D’Eon/Government of Canada

Although the Roseate Tern is found in areas of the Atlantic, Indian and Pacific Oceans, it breeds almost exclusively in Canada’s eastern province of Nova Scotia. The Canadian government has moved to protect those breeding grounds on four islands.

The bird has declined dramatically since the early 1970s and was listed as endangered in 2003 through Canada’s Species at Risk Act. A major threat to the tern is gulls which which displace them and eat their eggs and chicks. Terns are also preyed upon by other species. Habitat is lost to erosion and invasive vegetation.

Three of the islands are already protected by the provincial government. They include Sable Island which has been declared a national park reserve and is a major sanctuary for migratory birds.