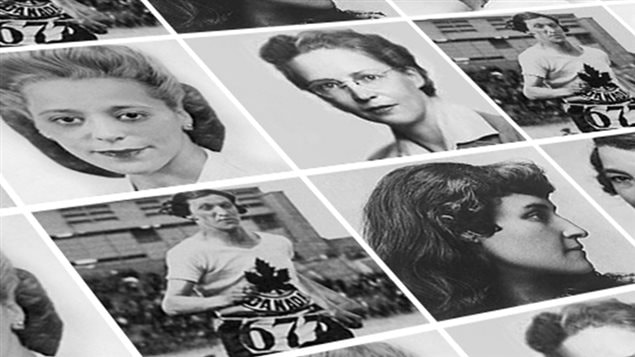 Images of Canadian women who have been influential in society. Of the five women who have made the short list, one of these images will appear on a banknote in 2018.
Photo Credit: Bank of Canada

In the past few years there has been a strong movement to have historically influential Canadian women featured on banknotes.

A poll last year found that the vast majority of Canadians, about 80 percent, agreed that at least one influential Canadian woman (other than the Queen) should be featured on the front of a Canadian banknote.

A new series of banknotes will be issued in 2018 and an independent  council of seven men and women has been working on which woman would be featured.  From an initial list of 461 eligible possibilities, a first short-list of 12 women were selected

That list has since been shortened to five names:

Women had been featured at least once on a banknote previously.  Between 2004 and 2012, Canada’s “Famous Five”– women who fought for women’s legal rights (Emily Murphy, Irene Marryat Parlby, Nellie Mooney McClung, Louise Crummy McKinney and Henrietta Muir Edwards) as well as an image of Thérèse Casgrain appeared on the $50 bill.  Nellie McClung had been listed as one of the possibilities to be on the upcoming banknote, but didn’t make it to the short-list.

The final choice of banknote denomination, and the woman to be featured, will be announced December 8.