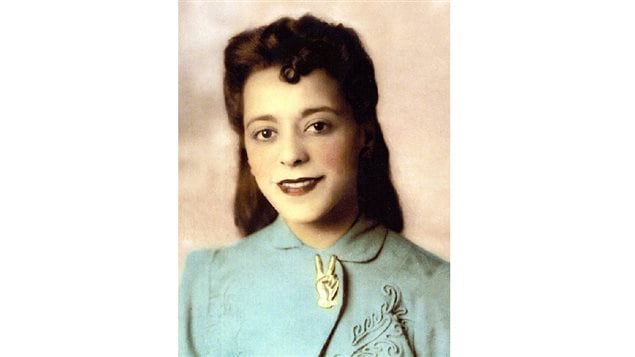 The Canadian who preceeded Rosa Parks by almost a decade.

She was Canadian, young, beautiful, a successful Halifax-based businesswoman, and black.

It was because of Viola Desmond’s colour that she unexpectedly became a heroine that changed history in Canada.

Thanks to the power of American media, many people are aware of Rosa Parks. She was a black woman who in 1955 refused to give up her seat to a white passenger on an city bus and became a symbol for black civil rights in the US.

However, years before Rosa Parks in the US, Viola Desmond began the process to change racist laws in the eastern province of Nova Scotia, and Canada.

As a businesswoman she often travelled around the province promoting her beauty products.

On November 8, 1946, her car broke down in New Glasgow, Nova Scotia. While it was being repaired she decided to watch a movie at the local theatre asking for a floor seat, but the cashier sold her a balcony seat.

Not realizing the discrepancy, she sat in the floor area but at the time there was an unwritten rule that blacks were only allowed to sit in the balcony, and not the floor seats. The usher came and told Desmond she couldn’t sit there as the floor seats were more expensive. Desmond offered to pay the difference, but then realized she was being targetted because of her skin colour and refused to move.

The manager came with a police officer and roughly dragged the 32-year–old from her seat. She was arrested for not paying the one-cent amusement tax to sit in floor seats.

She spent the night in jail before paying a $20 fine and $6 in court costs.

Desmond was encouraged to fight the fine and charge in court.  Due to technicalities she lost the judgement, but the case was widely covered in the media. The province was greatly embarrassed by the situation which also raised a great deal of attention throughout the province, especially in the black community and even in national news.

In 1954, segregation was legally ended in the province.

Although there is not a direct line between Desmond’s stand and the end of segregation, it is clear that her stand highlighted the issue and that it certainly was a turning point in attitudes that did lead to change.

Ms Desmond died in 1965 in New York short of her 51st birthday. Her story  was the basis for a National Film Board documentary in 2000 called Long Road to Justice. (available on youtube – here )

Her younger sister now Wanda Robson, wrote a book about Viola and her life and struggle called Sister to Courage