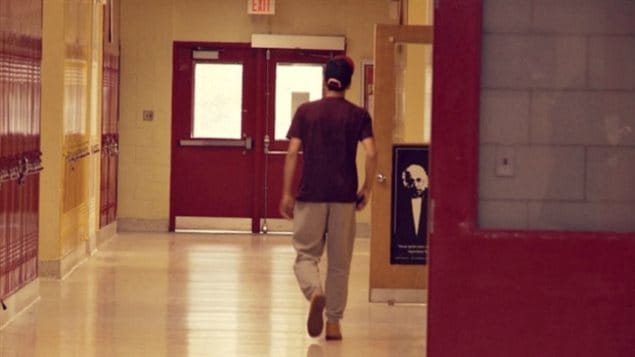 Aboriginal students struggle disproportionately with mental health problems, suicide and they more often drop out. There new ideas about how change that.
Photo Credit: Martine Laberge/Radio-Canada

A new study of Indigenous students suggests having mentorship from a member of their community have better mental health, academic success, increased cultural awareness and pride in themselves. This is important news given the struggles facing Aboriginal youth, particularly in the areas of mental health and suicide.

For two years, researchers at Western University studied 105 students aged between 11 and 14 attending school in the province of Ontario. Groups of students met once a week with an Indigenous adult mentor. The meetings focused on building skills in stress management in a context of spiritual, physical, mental and emotional teachings based on Aboriginal tradition.

The study found the mentorship program also had positive effects on the wider school population.

The research was published in the “Journal of Primary Prevention.”