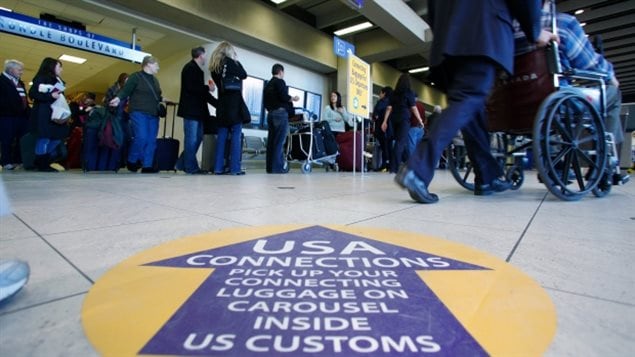 A new bill being prepared for passage during Parliament’s current sitting has Canadian immigration lawyers worried and concerned.

Bill C-23 would give U.S. border guards new powers to question, search and even detain Canadian citizens on Canadian soil.

The bill would enshrine in law a reciprocal agreement for customs and immigration pre-clearance signed by the two countries in 2015, but some immigration lawyers say it goes too far.

Pre-clearance allows Canadian visitors to the U.S. to clear U.S. Customs and Immigration while still in Canada at a Canadian port of departure.

“A Canadian going to the U.S. through a pre-clearance area [on Canadian soil] can say: ‘I don’t like the way [an interview is] going and I’ve chosen not to visit your country.’ And they can just turn around and walk out,” says Calgary immigration lawyer Michael Greene, the national chair of the Canadian Bar Association’s citizenship and immigration section.

“Under the new proposed bill, they wouldn’t be able to walk out. They can be held and forced to answer questions, first to identify themselves, which is not so offensive, but secondly, to explain the reasons for leaving, and to explain their reasons for wanting to withdraw,” Greene says.

“And that’s the part we think could be really offensive and goes too far.”

Nine Canadian airports currently offer pre-clearance. The procedure is also in effect at the Port of Vancouver, at Vancouver’s train station and on some B.C.-Washington ferry routes.

Pre-clearance is expected to be introduced at Montreal’s train station for Amtrak’s Montreal-New York City route later this year.

Bill C-23 has other wide-ranging provisions, including the right of a U.S. officer to conduct a strip search on a Canadian traveller in a Canadian airport if a Canada Border Services Agency officer is unavailable or unwilling to do so.

And It would also allow U.S. officers to carry sidearms while on duty in Canada, if they’re working in an environment where CBSA officers are normally armed.

It could also affect the standing of Canadian permanent residents by threatening their automatic right to enter Canada by allowing a CBSA agent posted at a U.S. airport the right to prevent the resident from boarding a flight to Canada.

The resident would have the option to drive or find a ride to a land border, where their legal right to enter Canada would still apply.

After being assured that dual citizens holding Canadian passports would be able to pass freely at U.S. border points, several have been detained and turned back recently by U.S. authorities.

The Canadian Civil Liberties Association is supporting a freedom of information request by its U.S. counterparts to find out exactly how U.S. border guards are being instructed to screen people.