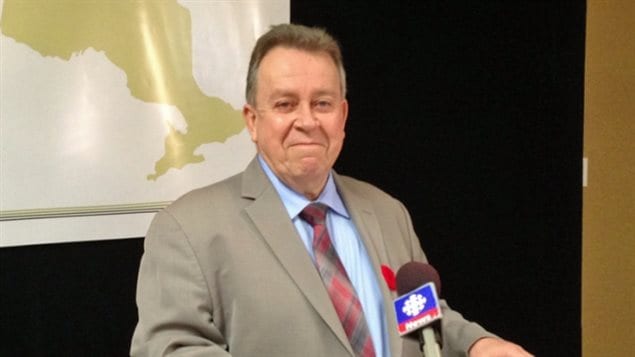 Ontario cabinet minister Michael Gravelle says he has been ‘struggling with a feeling of uneasiness’ that he must deal with.
Photo Credit: Jeff Walters/CBC

As his boss said, it takes great courage to speak publicly about mental health challenges but that is just what Ontario’s minister of northern development and mines has done. Michael Gravelle says he has been diagnosed with depression and will take some time off to address the illness, reports Canadian Press. Premier Kathleen Wynn lauded his announcement and said everyone in the provincial government is standing behind him.

This comes at a time when Canada is trying to remove stigma and raise awareness about mental health issues. In 2007, the government of Canada created a national non-profit organization to study mental health and illness as well as addiction.

The telecommunications company Bell began an annual campaign in 2010 to raise awareness about issues of mental health and to raise funds for mental health research.