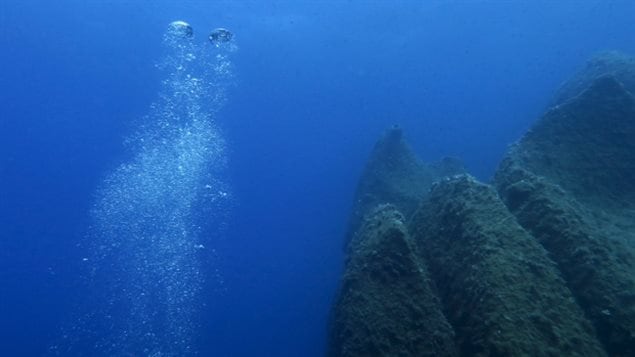 New research suggests the amount of oxygen in the world’s oceans could drop by seven per cent by 2100. This would have a profound effect on marine life and other consequences.
Photo Credit: John Schults/Reuters/File

A new study has found the world’s oceans have lost two per cent of their oxygen in the past 50 years, mostly because of climate change. The losses are most pronounced in the North Pacific and Arctic Oceans.

“Since large fishes in particular avoid or do not survive in areas with low oxygen content, these changes can have far-reaching biological consequences,” lead author Sunke Schmidtko said, according to CBC.
Scientists at GEOMAR Helmholtz Cebntre for Ocean Research in Keil, Germany studied 50 years of data to reach their conclusions. They found the main cause for the decrease in oxygen in the oceans was an increase in water temperatures.

Increased melted sea ice results in more plankton growth and decomposition. Scientists say that can decrease oxygen levels in the ocean and create dead zones that are inhospitable to fish. These dead zones release nitrous oxide which is a greenhouse gas and in turn, contribute to climate change.

Ocean oxygen levels could decrease by seven per cent by 2100, according to the study’s projections.

The study was published in the journal Nature.