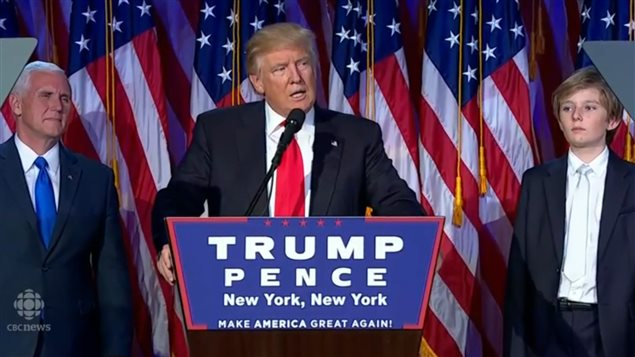 Canadian media must wake up to populist anger, warns journalist

Michael Valpy says Canadian media are making the same mistake as did those in the U.S. and Britain, and they are not reporting on people who are deeply angry about widening class divisions. The result was that people were surprised when Britons voted to exit the European Union and when Americans voted Donald Trump in as U.S. president.

Media not talking to the economically insecure

Valpy is a long-time journalist and author who teaches about biases and prejudices in the media at the University of Toronto. “I think that the news media speak to the economically-secure elite and they don’t speak to or report on the people who are economically at risk.” As a result, he says, people may be surprised with what happens in Canadian politics.

He notes that recent surveys have found 25 per cent of Canadians believe there is a good chance they will lose their jobs in the next couple of years, 70 per cent believe that most of the economic growth over the past 20 years has gone to the top one per cent of the population. Canadians are also concerned about their children’s futures and losing faith in social mobility which has been a hallmark of Canadian society.

‘Most alarming’ result about violence

“One of the survey statistics I quote… which I think is the most alarming of all is that something like 60 per cent of Canadian adults believe that  there could be violence on the streets unless governments address inequality. I mean, this is Canada we’re talking about,” he says.

Public opinion polls are also finding attitudes to immigration hardening along with an increase in racism, nativism and xenophobia. Valpy says this should be “a big warning” for Canadian media commentators and the country’s political elites who may be dismissing the real fear and resentment about how the country is being run.