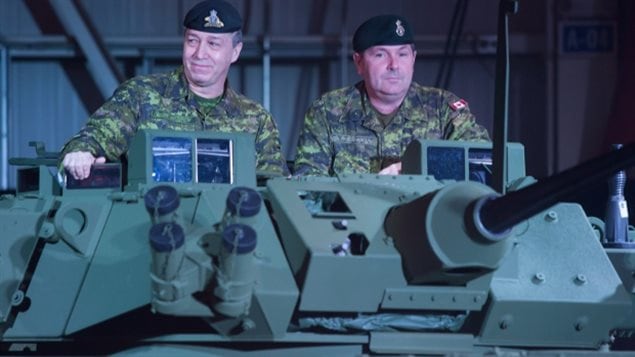 Almost a year after Ottawa announced that it is joining the United Nations Arms Trade Treaty(ATT), the Liberal government has introduced new legislation that will require Canadian companies that want to sell weapons through foreign subsidiaries get permission from the federal government under new strict guidelines.

The new legislation introduced by Foreign Affairs Minister Chrystia Freeland in the House of Commons on Thursday will bring Canadian arms exports rules in full conformity with the treaty’s requirements.

The treaty came into force in December 2014 and seeks to regulate the sale of conventional arms, anything from small arms to tanks, fighter jets and warships, to minimize the humanitarian impact of the global arms trade.

“The Arms Trade Treaty can set a real global standard, and thereby help prevent human rights abuses and protect lives,” Freeland said in a statement. “Canada’s existing system of export controls meets most of the treaty’s thresholds, and this legislation will set our standards in law.”

The new legislation establishes for the foreign affairs minister new legal obligations for the approval of permits, including consideration of whether the arms will be used: to violate human rights law; for acts of terrorism; or in gender-based violence against women and children.

The Canadian Association of Defence and Security Industries (CADSI) – the national industry voice of over 800 defence and security companies across Canada – welcomed the new legislation saying it “will continue to raise the bar for countries across the globe and contribute positively to strengthening global security and non-proliferation.”

Virtually at the same time as the Liberals announced that they plan to become party to the ATT last June, they reiterated their support for the controversial $15-billion sale of sophisticated LAV 6.0 light armoured vehicles to Saudi Arabia.