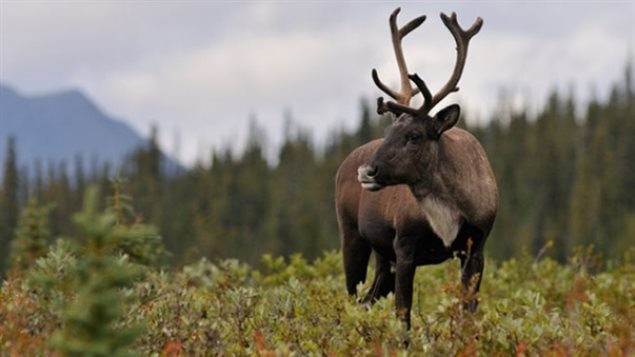 The woodland caribou of Canada's boreal forest is endangered. A charity organization is pushing the government to act on identifying critical habitat and acting on protection measures.
Photo Credit: Parks Canada

The non-profit national charity conservation group, the Canadian Parks and Wilderness Society (CPAWS) has launched a lawsuit against the federal government over failure to uphold an aspect of the Species at Risk Act.

Specifically the lawsuit is over the habitat for woodland caribou.

Frédéric Paquin, the lawyer representing CPAWS in court is quoted on the CPAWS website saying.

“One requirement of the federal Species at Risk Act is that once critical habitat for a species has been identified, Canada’s Minister of Environment and Climate Change has 180 days to identify whether and where any portion of that habitat remains unprotected in Canada. At that point, and every 6 months until protection is achieved, the Minister must report on the steps being taken to protect that critical habitat”.

The Act applies to all species at risk, but the the woodland caribou habitat stretches across the entire width of Canada from the Atlantic island province Newfoundland and mainland Labrador in the east, to the Yukon territory in the northwest, and across federal and private lands.

The lawsuit points out that the habitat was identified in 2012, but since then the respective federal governments ( Harper Conservatives, and now Trudeau Liberals) have issued no reports on efforts  “to address any protection gaps” according to Alain Branchaud, Executive Director of CPAWS Quebec. He adds,  “ Much of the habitat is on non-federal lands…. we know that much of the boreal caribou critical habitat remains unprotected more than 4 years later”.

CPAWS has been tracking government efforts in conservation for four years, issuing annual reports on efforts to preserve boreal caribou.

CPAWS is focusing on woodland caribou, not only because it is an iconic Canadian species, being featured for decades on Canada’s 25-cent coin, but primarily because in identifying and protecting caribou habitat, it automatically protects habitat for a vast number of other species, not to mention the forest itself.

“When our boreal forests are healthy, Canadians also thrive. Clean air and water, flood mitigation and carbon storage are just a few of the priceless services that this ecosystem provides,”  Éric Hébert-Daly, CPAWS’ National Executive Director,

Éric Hébert-Daly,says most of the unprotected areas are believed to be open to development adding, the caribou habitat, the boreal forest, “ is getting more fragmented, which has been shown to directly lead to their population decline across the country”.

The purpose of the lawsuit is to get the government moving in identifying unprotected habitat so all levels of government and stakeholders necessarily involved in those areas, federal, provincial, municipal, indigenous, private interests and so on, can begin to work together to achieve that protection.

CPAWS Alain Branchaud says he hopes that the lawsuit is not about getting the reports but rather about spurring action on protecting habitat. “We need to get on with implementation” he says.

CPAWS, founded in 1963, is Canada’s only nationwide charity dedicated solely to the protection of public land and water, and ensuring that parks are managed to protect the nature within them.