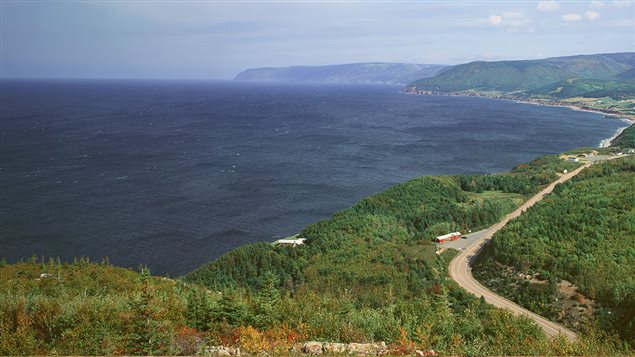 A portion of the Cabot Trail, the Cape Breton coast and the Atlantic Ocean. Further out is the St Anns Bank, the newest Marine Protected Area of over 4,000 sq km
Photo Credit: Cape Breton Tourism

In a well-timed announcement today on World Oceans Day, the federal government announced it was declaring another ocean area as a Marine Protected Area (MPA).

A year ago the Canadian government announced its intention to increase marine and coastal protected areas by 5 per cent by 2017, and ten per cent by 2020.  Less than one per cent of Canada’s oceans are currently declared as marine protected.

At some 4,364 square kilometres, the new MPA is the largest so far off the east coast and the third in the past 12 months.

The area is an important one for marine creatures  and an important habitat to a number of aquatic species, such as Atlantic wolfish, Atlantic cod, redfish, white hake, witch flounder, as well as sponges and sea pens. The area is also an important summer feeding area for the endangered leatherback turtle.

It also has the advantage of being a zone of low-fishing activity so economic implications and any resistance to the declaration are minimal.

Four management zones have been established within the boundaries of the Marine Protected Area, balancing protection with economic sustainability for the area. The Core Protection Zone represents 75% of the total size of the St. Anns Bank Marine Protected Area, offering the most stringent protection to the areas that need it most. Most human activities, such as commercial fishing, are prohibited within this zone.