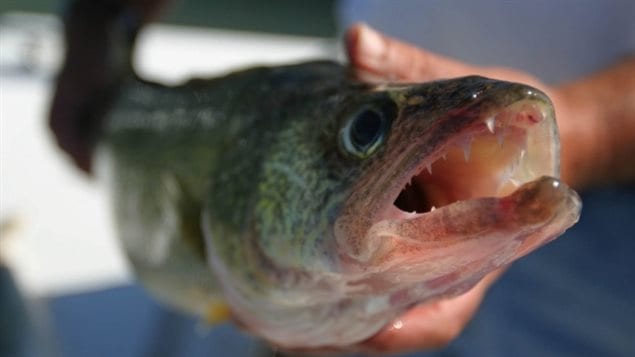 Niagara River fish like walleye were found to have high levels of chemicals from antidepressants in their brains.
Photo Credit: Daniel Miller/Associated Press

Scientists have found that human antidepressants are accumulating in the brains of fish that are found in the Niagara River at the heart of North America. This river flows between the United States and Canada and connects two of the Great Lakes, Lake Erie and Lake Ontario.

As much as nine per cent of the Canadian population takes antidepressants and consumption is the third highest among 23 OECD countries. In the U.S., government statistics suggest consumption of these drugs rose 65 per cent between 1999-2002 and 2011-14.

The chemicals are discharged in urine, and while there are sewage treatment plants in both countries, they focus on removing solid waste and disease-causing germs and not pharmaceuticals or chemicals in personal care products.

‘A threat to biodiversity’

This study did not examine what effect the antidepressants have on the fish but previous research has shown they can affect feeding behaviour of fish or survival instincts. “Some fish won’t acknowledge the presence of predators as much,” said lead scientist Diana Aga of the University at Buffalo College of Arts and Sciences.

This contamination poses no direct threat to humans who do not usually eat fish brains. But Aga says that the active ingredients from antidepressants are accumulating the brains of all the 10 species of fish that were studied and that “it is a threat to biodiversity, and we should be very concerned.”