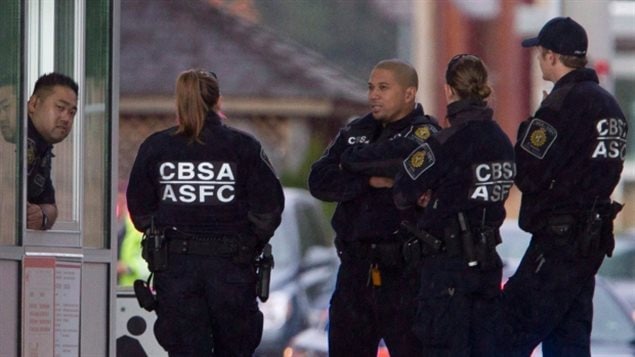 The Canada Border Services Agency says it will update Canadians on the number of cellphone searches it carries out.
Photo Credit: CP Photo / Jonathan Hayward

When Canada’s privacy commissioner, Daniel Therrien, told a House of Commons committee earlier this month that Canadians should be “very concerned” about their cellphones, computers and other electronic devices being searched by U.S. border agents, most who cross the border could relate.

U.S. Customs and Border Protection officers can look at mobile devices and even demand passwords under American law and statistics show those searches have taken a decided upturn in recent years.

Canadian authorities at the border tend to take a less heavy-handed approach, but they are allowed to search electronic devices for evidence of customs-related infractions–without a warrant–as they do with suitcases and bags.

Canadians will soon get a better idea of just how many cellphone searches Canadian authorities are carrying out because the Canadian Border Services Agency didn’t previously distinguish between screenings where they simply questioned a traveller and screenings where electronic devices and luggage were searched.

(Though the agency maintains it has the right to do so, it does not arrest Canadians for refusing to provide a password.)

On Wednesday, Martin Bolduc, vice-president of the CBSA’s programs branch, told a Commons committee that the agency will begin tracking the number of cellphones its officers search at the border and releasing those figures.

His statement follows several complaints to the Privacy Commissioner’s office about border searches of cellphones over the past year.

Those complaints are being investigated.