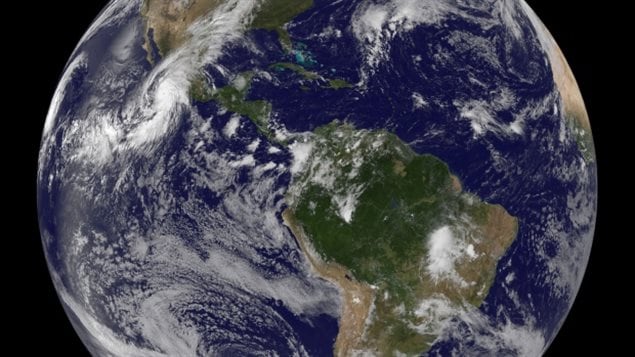 Some 15,364 scientists from 184 countries have signed the Second Warning Letter to Humanity about the increasingly critical threat mankind is posing to the Earth’s environment, ecosystems, and species.

This week, more than 15.000 scientists from around the world signed an open letter noting the lack of action on environmental issues. (link at bottom)

Karen Alofs is one of some 500 Canadian scientists who have signed this latest warning.  She is a Research Associate in the Department of Ecology and Evolutionary Biology at the University of Toronto.

This latest warning notes that in the 25 years since the original warning, all issues but one have worsened.

The only success has been in stabilizing the stratospheric ozone layer.

The warning notes however the increase in trajectory of “potentially catastrophic climate change” brought about by burning fossil fuels, deforestation, and agricultural production, notably beef cattle.

It also notes that humans have unleashed the sixth mass extinction event in the Earth’s history, saying many species have already been made extinct, with many more  on their way to extinction by the end of the century.

According to the scientists, air pollution is up, fresh water supplies are dwindling, fish stocks are decreasing, the size and number of ocean dead zones are increasing, global warming is causing climate change with a host of problems and almost of this is due to human activity and continued population growth with ever increasing stress on the environment and resources.

Per capita freshwater availability is less than half of levels of the early 1960s (Figure 1b, AQUASTAT 2017) with many people around the world suffering from a lack of fresh clean water. This decrease in available water is nearly all due to the accelerated pace of human population growth. It is likely that climate change will have an overwhelming impact on the freshwater availability through alteration of the hydrologic cycle and water availability. Future water shortages will be detrimental to humans, affecting everything from drinking water, human health, sanitation, and the production of crops for food (Warning to Humanity 2017)

CHARTS ABOVE The grey lines represent the trends noted in the first warning to humanity, the black lines indicated what’s happened since 1992 scientists’ warning to humanity. Panel (a) shows emissions of halogen source gases, which deplete stratospheric ozone, assuming a constant natural emission rate of 0.11 Mt CFC-11-equivalent per year. In panel (c), marine catch has been going down since the mid-1990s, but at the same time, fishing effort has been going up (supplemental file S1). The vertebrate abundance index in panel (f) has been adjusted for taxonomic and geographic bias but incorporates relatively little data from developing countries, where there are the fewest studies; between 1970 and 2012, vertebrates declined by 58 percent, with freshwater, marine, and terrestrial populations declining by 81, 36, and 35 percent, respectively (file S1). Five-year means are shown in panel (h). In panel (i), ruminant livestock consist of domestic cattle, sheep, goats, and buffaloes. Note that y-axes do not start at zero, and it is important to inspect the data range when interpreting each graph. Percentage change, since 1992, for the variables in each panel are as follows: (a) –68.1%; (b) –26.1%; (c) –6.4%; (d) +75.3%; (e) –2.8%; (f) –28.9%; (g) +62.1%; (h) +167.6%; and (i) humans: +35.5%, ruminant livestock: +20.5%. Additional descriptions of the variables and trends, as well as sources for figure 1, are included in file S1.

Alofs says it was important for her as a scientist to join in this warning in order to perhaps spur individuals and governments to greate action as the need for that action becomes ever more critical.

In spite of the negative outlook she remains optimistic saying that the success with the ozone crisis shows that when the international will is there, action can indeed be taken to prevent dire consequences.