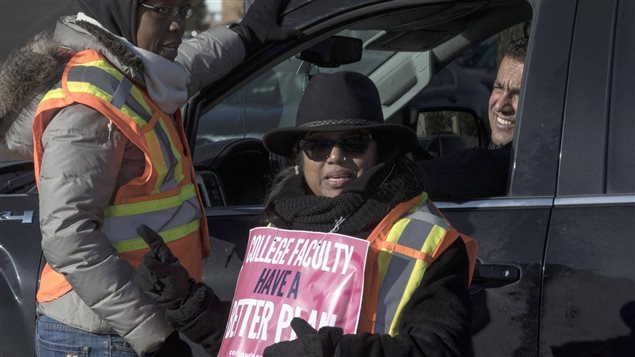 The longest college strike in Ontario will continue

It’s been a rough few weeks for students and college professors in Ontario, Canada’s most populous province.

Some 12,000 professors, instructors, counsellors, and librarians at 24 community colleges have been on strike since October 16. Several colleges and contractors such as for food services and maintenance have laid off other workers due to the ongoing strike.

This has put the semester for about 500,000 students in jeopardy, and many have been demanding refunds on their tuition fees. Fourteen students have joined to launch a class-action lawsuit to get refunds.

After the faculty bargaining unit, Ontario Public Service Employees Union (OPSEU) had rejected the college’s latest offer. However the College Employer Council, which bargains for the province’s colleges requested Ontario Labour Relations Board hold a “forced vote”, to bypass the faculty union and put their offer directly to the faculty staff.

The offer was soundly rejected and the strike continues.

A strike in 1984 was ended by back-to-work legislation, and two others in 1989 and 2006 ended with mediation and arbitration.

Through bargaining, the issues, such as staffing levels have been put to a provincial task force, while salary increases differ between the two sides by a fraction of a percent.

The main sticking point now is academic freedom.  The union wanst freedom over the courses it teaches, the colleges accuse the union of seeking academic control.

On its website OPSEU said, ““No one is surprised that college faculty rejected the Council’s forced offer. It was full of concessions and failed to address our concerns around fairness for faculty or education quality”.

Ontario Premier Kathleen Wynne will meet with both parties this afternoon, “to discuss how we can resolve this situation immediately and get students back to class where they belong. We are looking at all of our options, but I am hopeful that an agreement to return students to class immediately can be reached by the parties”.