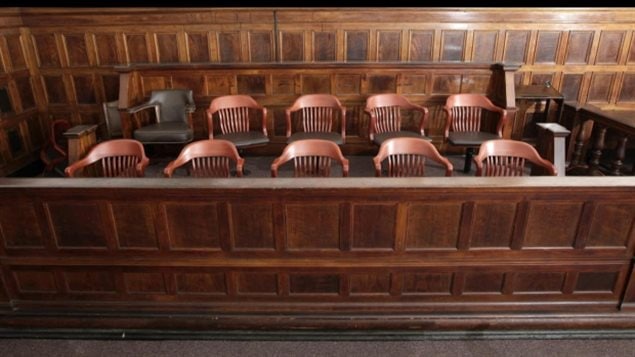 A Canadian government committee is examining the impact of jury duty on those who are called to serve.  Jurors may suffer psychological effects and financial losses, particularly in cases where the evidence or testimony is particularly horrific and the trial lasts a long time. Any adult Canadian citizen may be called to be one of 12 jurors who try an accused charged with a criminal offence.

“I think it’s a very important initiative,” says Peter Jaffe, a professor and psychologist in the faculty of education at Western University. “I think for too long we have ignored how jury members may be affected, particularly with horrific cases where they’re exposed to physical evidence or…victim testimony about gruesome murders, child abuse cases. I think they need help.”

Among the symptoms jurors may feel are nightmares, flashbacks, depression, anger, hyper vigilance particularly in a case where they may have a child the same age as one in a child abuse case. They may also suffer from post-traumatic stress disorder. And if the symptoms go on for longer than a month or interfere with a person’s work or family life, Jaffe says it is very important that they get help.

Jurors should be warned, says psychologist

Jaffe thinks that judges should warn jurors about the evidence they may see or hear before a trail begins and there should be a debriefing session after it is over to explain the symptoms that may occur and how to get help.

Besides the psychological and emotional cost, jurors may also suffer financial losses. Some employers pay employees while they are away on jury duty but they are not legally required to do so. Governments may pay varying amounts to jurors depending on the province or territory, but it may be less than the minimum wage and may not cover expenses such as child or elder care needed while the juror is away.

These are issues that will be examined by the House of Commons Justice committee and members of Parliament have called in former jurors to explain how they have been affected. Among them will be Mark Farrant who suffered from PTSD after he served as a jury foreman in a vicious murder case. Farrant heard graphic testimony and saw photos in the case which involved man who was found guilty of slitting his girlfriend’s throat and stabbing her repeatedly, reports CBC.

Jaffe hopes the justice committee’s hearings will raise awareness about the toll jury duty can take and that it will adopt an action plan with policies and procedures that provinces and territories can adopt.

Help must be ‘accessible and affordable’

“Most importantly, at the end, you want to make sure…everybody goes away with a card or a piece of paper that says ‘here are the warning signs. If there’s ongoing problems relating to this trial, here’s a name and a number to contact to get help.’ And they want to make sure that help is accessible and affordable to all jury members.”