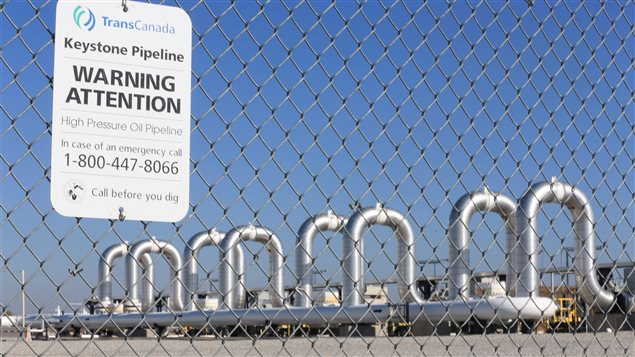 In this Nov. 3, 2015 file photo, the Keystone Steele City pumping station, into which the planned Keystone XL pipeline is to connect to, is seen in Steele City, Neb. Nebraska has approved TransCanada’s Keystone XL route in a 3 to 2 vote, clearing the last major regulatory hurdle for the controversial project.
Photo Credit: Nati Harnik

During a brief meeting held in Lincoln, Neb., the state’s five-member Public Service Commission voted 3-2 in favour of the proposed 1,897-kilometre pipeline, which would transport about 830,000 barrels of oil a day.

However, the commission voted in favour of the so-called “mainline alternative route” for the pipeline, which is a slightly different path than the preferred route proposed by TransCanada, the Omaha World-Herald reported. As approved, the pipeline would run farther north than was originally proposed.

“As a result of today’s decision, we will conduct a careful review of the Public Service Commission’s ruling while assessing how the decision would impact the cost and schedule of the project,” Girling said in a statement.

In Canada, both federal and provincial politicians welcomed the commission’s decision.

“This is another step in our broader effort to bring more Alberta oil to the world, diversify our markets and maximize the value we as Albertans get,” Notley said in a release. “Today, U.S. decision makers carefully considered a pipeline and granted an approval.”

Nebraska was the last jurisdiction to approve the pipeline’s route, which begins in Hardisty, Alberta, then crosses into Saskatchewan, as well as U.S. states of Montana and South Dakota before reaching Steele City in Nebraska.

Environmental groups will continue the fight

However, despite the conditional approval from Nebraska regulators, it remains unlikely that the project will move forward, said a statement by environmental group the Sierra Club.

The environmental group argued that there is not enough market demand for Alberta’s crude from the oilsands. During their testimony in the PSC’s public hearings, TransCanada argued that building along an alternative route would be unworkable, and will now need additional easements if the company tries to proceed with the project, Sierra Club said in a statement. 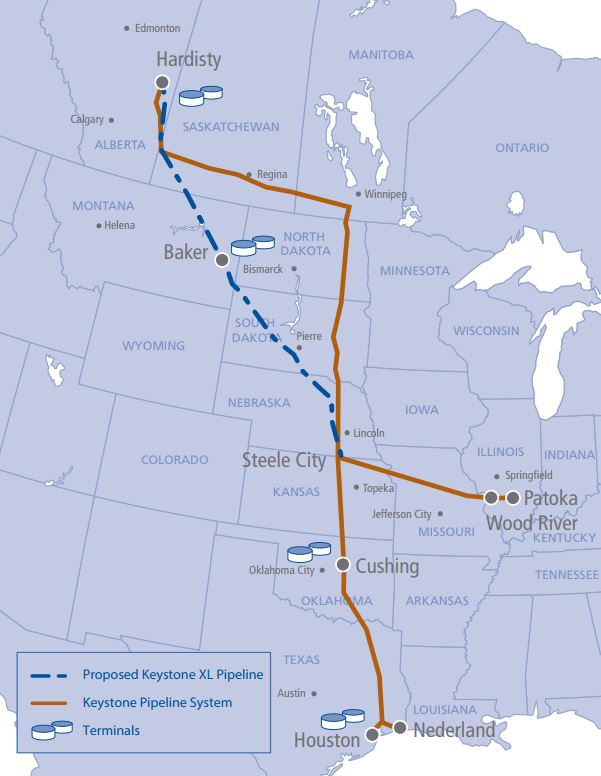 The company also still needs federal approvals from the Army Corps of Engineers and Bureau of Land Management before construction could begin, and a federal lawsuit brought by the Sierra Club and other groups challenging the State Department’s approval of the project is still ongoing, the environmental group said.

“Regardless of the Public Service Commission’s decision today, millions of people across the country will continue to speak out and demand that the Keystone XL project never gets built,” Sierra Club Executive Director Michael Brune said in a statement.

“The Sierra Club and our allies will continue to explore all legal options to fight back against this project and protect our water, our health, our communities, and our climate from Keystone XL. Our movement defeated this pipeline once, and we will do it again.”

The vote comes as TransCanada continues to clean up a 5,000-barrel oil spill from its pipeline in nearby South Dakota that opponents have pointed to as reason not to approve Keystone XL.

Opponents of the project said the proposed route would have taken it through the Sandhills, an ecologically fragile region in Nebraska of grass-covered sand dunes, and would cross the land of farmers and ranchers who don’t want it.

Commissioner Chrystal Rhoades, one of the two who voted against approval, said while the “mainline alternative route” bypasses the Sandhills, it still runs through “several miles of fragile soils that have a high probability of landslides and will be difficult to restore while they are disturbed.”

The route also violates the due process of land owners, she said.

“There are at least 40 owners along the approved route who may not even know that their land is in this pipeline’s path,” Rhoades said in her submission.

Also the federal and state agencies that conducted studies of the proposed route did not examine the “mainline alternative route” approved by the commission, Rhoades said.

Barack Obama rejected Keystone XL in 2015 after years of review, only for President Donald Trump to give the go-ahead to the project in March, saying the pipeline will bring jobs and reduce dependence on foreign oil.