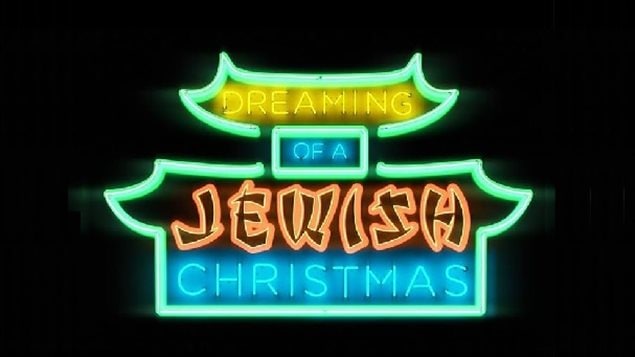 A new, informative, and highly entertaining Christmas TV special is being presented in Canada and Internationally. Part documentary, part theatrical production , it highlights the Jewish fact behind so many popular Christmas songs.
Photo Credit: Riddle Films

The popular Christmas tunes we know so well: Jewish creations

Most people don’t realize that a great many of the iconic songs of Christmas were in fact created by Jewish entertainers.

A new –and rather unique- film looks at this little known feature of the biggest celebration of the Christian calendar.

Jason Charters is the writer and co-producer at Riddle Films of Toronto, and independent producer of performing arts films.

A great many of the popular songs heard at Christmas are instantly recognizable to the ear.

The fact of who created them is certainly far less known especially that they were non-Christian and that the people behind most of these songs have names like Weissman, Cohen, Levinson and so on.
Riddle Films has made a most unique semi documentary-semi, with interviews, entertainment feature with performances of famous songs, and set somewhat like a theatrical atmosphere of a Chinese restaurant of the 1960’s era.

The reason for the Chinese restaurant is that typically, these were the only restaurants open on Christmas Eve, or Christmas Day, (at least in past decades) and as such a place for Jewish families to go. But the story tells how Jewish writers and composers have been responsible for creating much of the Christmas spirit we know today.

Partial list of Jewish creators and their popular Christmas tunes

While part documentary in bringing this story to light, and with interviews with modern performers, and performances, and with relatives of the original creators, the show is designed also to give a feeling of a Christmas TV special.

Although the show is being broadcast in Canada tonight (CBC-9 pm), it will also be aired abroad, including for example, Sweden, France, Germany, Norway. Switzerland and elsewhere at later dates in the near future.

Trailer for Dreaming of a Jewish Christmas