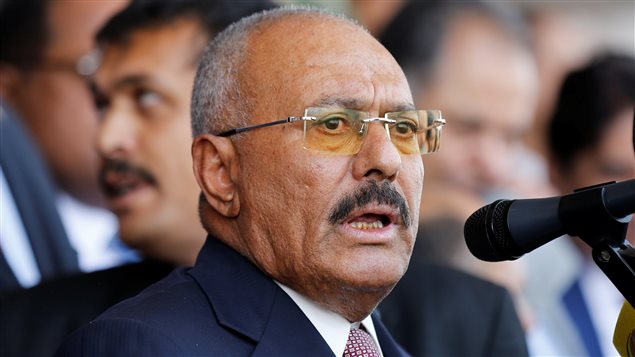 The death of Yemen’s ex-president Ali Abdullah Saleh who was killed by his former Houthi allies last Monday after he betrayed them and switched sides in the bloody conflict was a turning point in the country’s history, says a Canadian expert.

“This is a very important development,” said Thomas Juneau, assistant professor at the Graduate School of Public and International Affairs at the University of Ottawa. “It is not going to put an end to the war, if anything, it’s going to make things more complicated.”

Saleh had been the most dominant individual in Yemeni politics close to four decades, Juneau said. He had become president of North Yemen in 1978 and presided over united Yemen after the unification with the Soviet-backed South Yemen in 1990.

Saleh lost his position in 2012 following the Arab Spring protests in Yemen but remained a very powerful figure in Yemeni politics as well as commanding huge influence in the Yemeni military and security forces, Juneau said.

Even though from 2004 to 2010 he had fought the Houthis who had emerged as a protest movement in the northwest of the country, in 2015 Saleh was able to forge an uneasy alliance with them to turf his former vice-president and rival, the internationally recognized President Abdrabbuh Mansour Hadi.

“Saleh was an extremely complex, agile, flexible politician,” Juneau said. “Throughout his career, he made alliances – tactical alliances, longer-term alliances – on the basis of no ideology whatsoever besides keeping himself in power.”

The Houthi-Saleh alliance was able to drive President Hadi into exile and capture most of the country until Saudi Arabia, alarmed by Iran’s growing influence in the region, cobbled together a coalition of mostly other Gulf monarchies and intervened to prop up Hadi and keep the Houthis in check.

The ensuing war has killed more than 10,000 people and turned Yemen into what the United Nations calls the world’s worst humanitarian crisis.

Over 17 million Yemenis, nearly two-thirds of the population, is food insecure while 8.5 million people are on the brink of starvation, according to UN Emergency Relief Coordinator Mark Lowcock.

In all, close to 21 million people across Yemen are in need of humanitarian or protection support, Lowlock told the UN Security Council on Tuesday.

The violence has also devastated basic services in the country, destroying Yemen’s already poor water and sanitation system, which in turn has sparked a deadly cholera outbreak, the largest in the world.

But the Saleh-Houthi alliance, which had withstood two-and-half years of almost relentless bombardment by the Saudi-led coalition, began to unravel lately.

“What probably happened was that Saleh had been working for a while with Saudi Arabia and the United Arab Emirates to come up with a deal to break his partnership with the Houthis, align with Saudi Arabia and UAE, and position himself as the indispensable player in post-civil war politics in Yemen,” Juneau said. “That was typically Machiavellian alliance-shifting for former president Saleh.”

However, when in a fateful miscalculation Saleh announced at the end of November that he is withdrawing from the alliance, the Houthis pounced to put an end to the insurrection of pro-Saleh forces in the capital Sanaa and eventually killed the 75-year-old former president as he attempted to withdraw from Sanaa to his hometown of Sanhan.

The death of the former strongman, who had once famously compared ruling Yemen to dancing on the heads of snakes, leaves a lot of uncertainty.

It’s not completely clear who is now going to lead not only the military and security forces loyal to Saleh but also his political block, the General People’s Congress, Juneau said.

Saleh’s eldest son, Ahmed Ali, who the former president had been grooming to eventually take over the leadership of the country and pro-Saleh forces obviously wants that position and has vowed to avenge his father’s death, Juneau said. But he is generally not considered to have the political skill and experience of his father.

It’s also not clear whether Saleh’s nephews who enjoy a strong following among his supporters will easily give up their hard-earned places to their cousin who has been in comfortable exile in the UAE where he had served as Yemen’s ambassador prior to the outbreak of the war, Juneau said.

However, the biggest question is what happens with the UN-led attempts to find a political solution to the ongoing impasse.

“There is no peace process in Yemen, the UN has been trying very-very honestly to put together some kind of peace process but it hasn’t worked,” Juneau said.

And conditions for a political solution are even less ripe now that Saleh is out of the picture, he said.

“The different actors in the war are not willing to negotiate at this point,” Juneau said. “There was a possibility of trying to change the dynamics of the war with Saleh’s block shifting to the Saudi Arabian side but right now that’s frozen.”

And the Houthis who are furious with Saudi Arabia are not in any mood to negotiate with Riyadh.

“The bad blood between the Houthis and Saudi Arabia, which was always very strong, is even stronger now,” Juneau said.