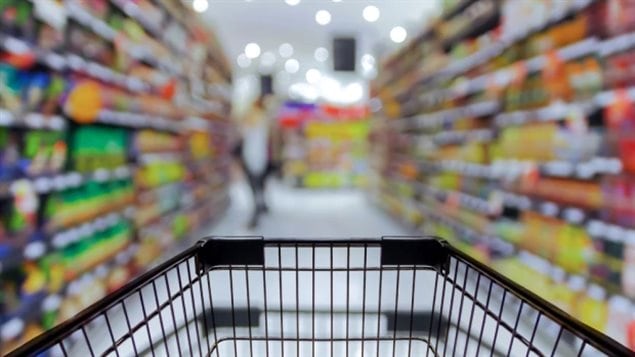 Canadians are eating "alarming amounts" of ultra-processed, high in calories and poor in nutrition, according to a new study.
Photo Credit: Tzido Sun/Shutterstock

Almost half the foods Canadians eat are highly processed products that are poor in nutrition and increase health risks, according to new research commissioned by Heart & Stroke Canada. Even worse, children between the ages of nine and 13 are getting 57 per cent of their calories from these foods high in sugar, fat and salt that pack a lot of calories and little nutrition.

“We are, in Canada, are the world’s second largest consumers of these products, next to the United States,” says Jean-Claude Moubarac, an assistant professor at the University of Montreal and author of this report. “In Canada and similar countries like the States and the U.K., our idea is that the consumption level of these products is explaining why we have such a heavy burden with obesity…diabetes…hypertension…heart disease.”

Newcomers are the exception

While this study suggests people in all socio-economic categories are eating far too much ultra-processed food, the proportion of ultra-processed food they eat appears to be higher among people who have less education and live in rural areas. The exceptions are newcomers who start off with the same eating habits from their home countries. They are much more likely to prepare home cooked meals with fresh or minimally processed ingredients.

Moubarac says all Canadians would do well to do the same. Many Canadians eat meals outside the home so he suggests they choose restaurants that cook food fresh and they avoid fast-food outlets and places that serve ultra-processed food.

Moubarac acknowledges ultra-processed foods are designed to be highly palatable and irresistible but he says parents should start children on wholesome foods while they are very young and that they not bring processed foods into the house. He is confident young children will develop a taste for wholesome food.

But he says efforts must be made too outside the home to by institutions like schools and day care centres.

Some governments understand how food companies market ultra-processed foods to children and have taken action to curb it. In the province of Quebec, for example, such advertising to young children has been banned.