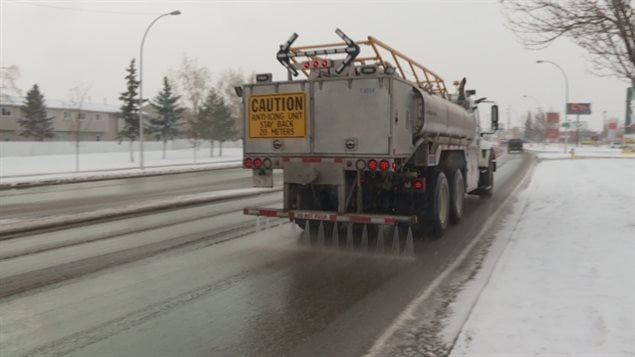 World Wildlife Fund Canada says road salt is having a devastating impact on the freshwater ecosystems of the Great Lakes at the heart of North America.

When roads and highways get slippery from ice and snow, salt is often spread to melt it. The most-often form used, sodium chloride, dissolves easily in water, flows into sewers and ends up in creeks, wetlands, rivers and lakes.

Elizabeth Hendriks of WWF-Canada says that in spring and winter, salt levels in groundwater and surface water regularly reach levels that are dangerous for wildlife.  There are examples of freshwater fish, mussels, frogs and turtles which die when there is too much salt in lakes and rivers.

WWF-Canada is urging the province of Ontario to work with businesses to reduce the road last from parking lots such as those around big stores or shopping centres. It also is asking for more training to help contractors reduce the salt they spread.