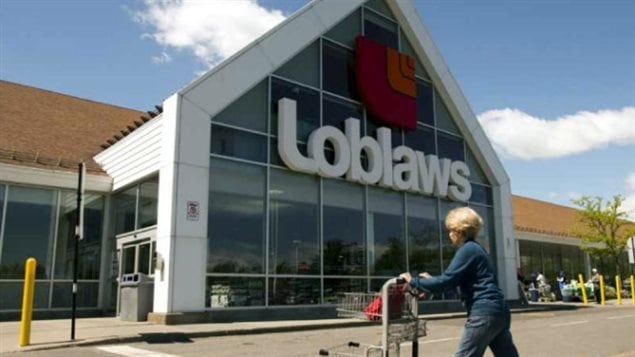 Loblaws is the biggest grocery chain in Canada, with several subsidiary chains. In Dec they admitted to fixing the price of bread for years and claimed it was an industry-wide scheme.
Photo Credit: via cbc

It was a rather stunning admission: the head of Canada’s largest grocery chain and baking operation admitted they’d been “fixing” the price of bread since 2002.

Sylvain Charlebois is Dean in the Faculty of Management and a professor in Food Distribution and Policy at Dalhousie University in Halifax, Nova Scotia.

In making the announcement, he also said they would offer a $25 gift card to any Canadian consumer to make amends for the price fixing.

Charlebois says it’s better for the company to go public with it guilt than have the information coming from other sources, as they then can control the message to a larger extent.

George Weston Ltd. and Loblaw also had little to lose in one sense as they are cooperating with the Competition Bureau under its “immunity and leniency” programme meaning they won’t face criminal charges in exchange for providing information against others allegedly involved in the cartel.

They could have faced fines of up to $10 million and jail time for those responsible.

While there is some confusion about whether the $25 gift certificate will or can be deducted from any class action settlement, Charlebois also says the tactic by the grocer and bread maker have been successful in diverting the discussion from the larger issue of price fixing in the industry.

Charlebois notes that it’s also a good marketing ploy as people will almost certainly spend more in the stores once they begin to reclaim the gift certificates.

Canada Bread, the other major bread-maker, and large grocery chains like Sobeys, and Metro say they are cooperating with the investigation but also say they are unaware of any involvement by them.  Sobey’s has said that Weston’s allegations of industry-wide price fixing is “reckless” and hinting at legal action against the grocer and breadmaker.

Charlebois says however, because the price-fixing went on for 14 years before it came to light, this issue about bread raises other questions of what other products might be involved in price fixing.