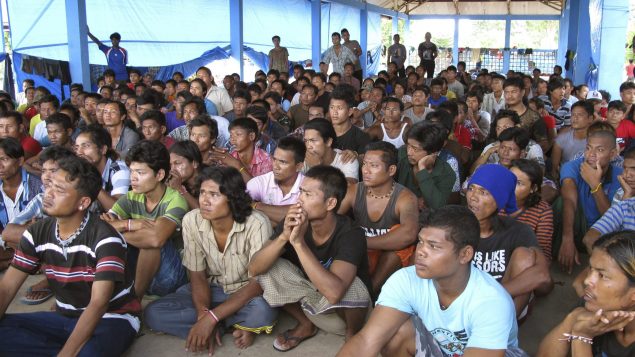 A photo from April 20, 2015 shows former fishing slaves who were rescued by the Indonesian government after Associated Press reported on slavery in the seafood industry. (Margie Mason/AP Photo)

“Forced labour and other rights abuses are widespread in Thailand’s fishing fleets despite government commitment to comprehensive reforms,” states Human Rights Watch in a news release.

‘The fear of murder at sea’

Prof. Melissa Marschke, of the University of Ottawa has interviewed fishermen herself and found there is a range of working conditions. At one end, she says they are distressing: “Men can be at sea for months at a time. They may face coercion or trafficking. They’re not being paid…They don’t get much water…and they’re living on a bit of rice and fish daily. And they work for huge amounts of hours—so 16, 17, 18-hour days.

“The big challenge is…violence—their captain being violent with them, maybe being sold between boats or the fear of murder at sea.” 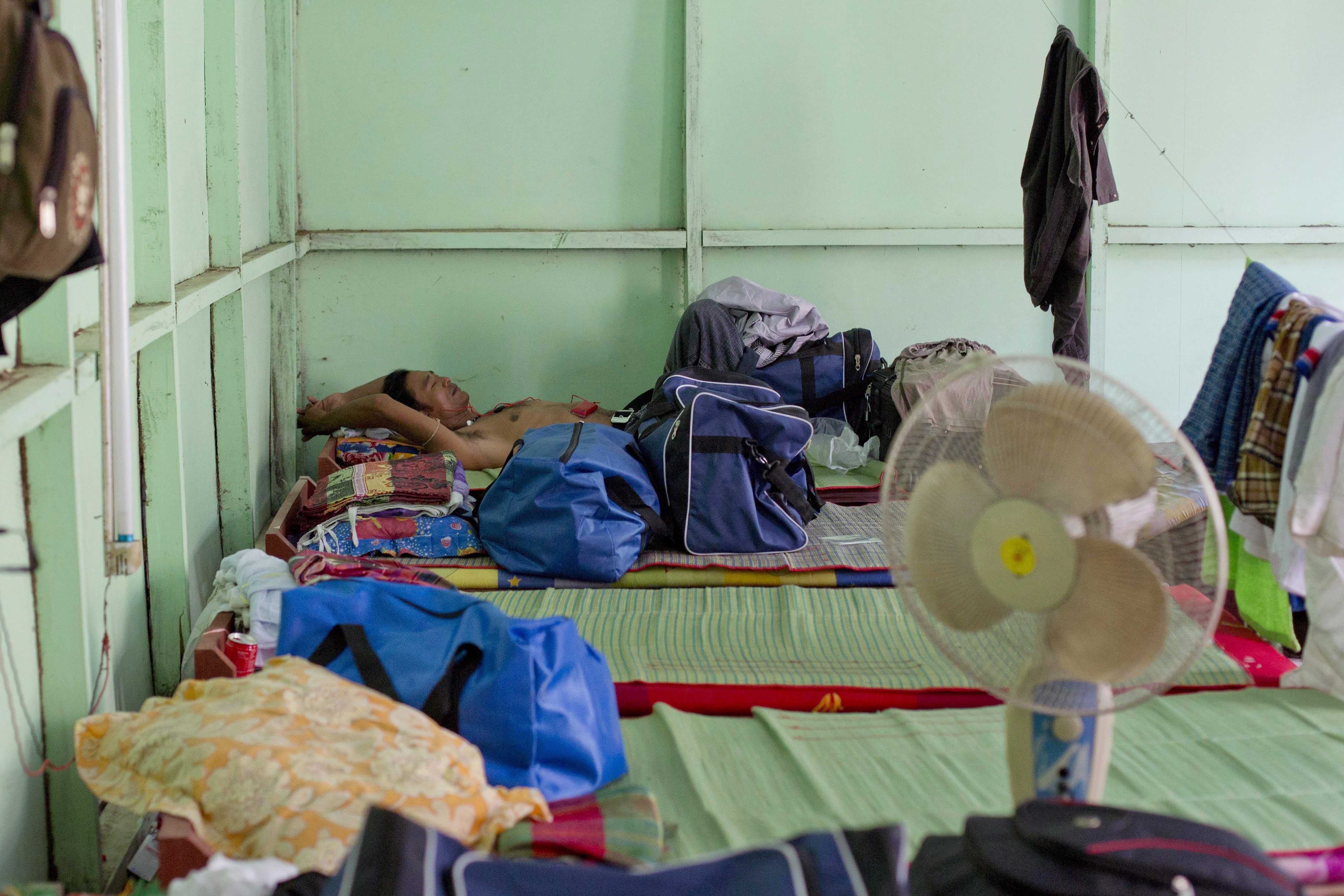 On May 15, 2015 Myint Naing, a former fisherman who was enslaved on Thai fishing boats rests in a government welfare hostel in Myanmar. (Gemunu Amarasinghe/AP Photo)

When this kind of treatment was reported some years ago, countries and companies put pressure on Thailand to take action. The EU warned it might ban Thai seafood unless things improved and the United States put Thailand on a watch list for human trafficking.

The Thai fishing industry is worth 6.5 billion so the government took notice and issued new regulations for the fishing industry.  Migrant fishers were required to have legal documents and be accounted for on crew lists. Boats had to report for inspections, and measures like vessel monitoring systems and limiting time at sea to 30 days led to some improvements for fishers.

‘How do you regulate…the shady underbelly of society’

But Marschke says it is difficult to enforce such measures, particularly when intermediaries are involved: “How do you regulate these brokers that are like…the shady underbelly of society that’s taking advantage of poor people. How do you regulate that so that they’re not involved and not getting a cut on other people’s misery?”

She says there needs to be more enforcement, more use of new technology and pressure from companies and consumers: “This fair trade approach or a social standard, that is only emerging now… is a good thing, but it needs to happen more actively, at a more rapid pace.”