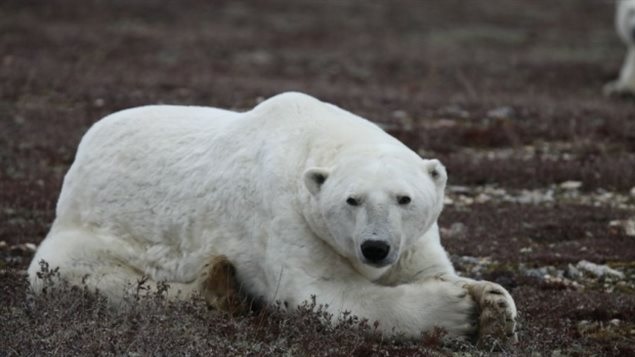 2014: Skin hangs loose on this bear as it waits along the Hudson Bay shore for colder weather to freeze Hudson Bay. As the ice season shortens, bears use up more and more of their critical fat reserves, leaving them weaker and less effective as hunters which may affect their survival Photo : explore.org

New information from an American study shows polar bears may be under greater threat from climate change than previously thought.

The study was just published in the journal Science under the title, “High-energy, high-fat lifestyle challenges an Arctic apex predator, the polar bear” (abstract and full text HERE) 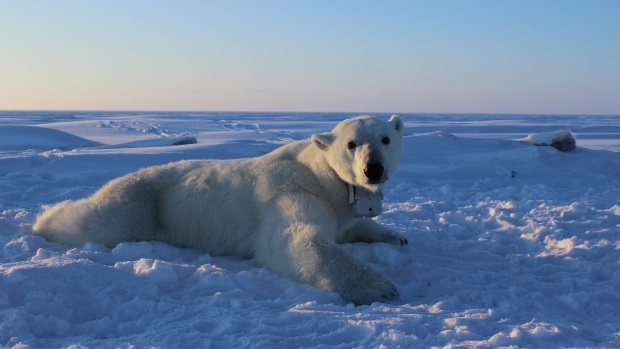 The three-year study followed nine female bears in the Beaufort Sea and found that the animal’s metabolism was far higher than previously thought, which meant their need for food to sustain them was also greater.

As an apex predator in the Arctic (at the top of a food chain) the polar bear is a key component of the region’s ecosystem but this new study confirms other studies showing climate could have a serious adverse effect on their survival.

The animals need to eat on average one adult (up to 70kg) or three subadult ring seals every 10 days to maintain their condition, and this hunting requires sea ice.

Although polar bears have a larger range than other bears, the study also showed that because of declining sea ice the bears are having to swim and walk further than before to find seals, which increases energy expenditure. 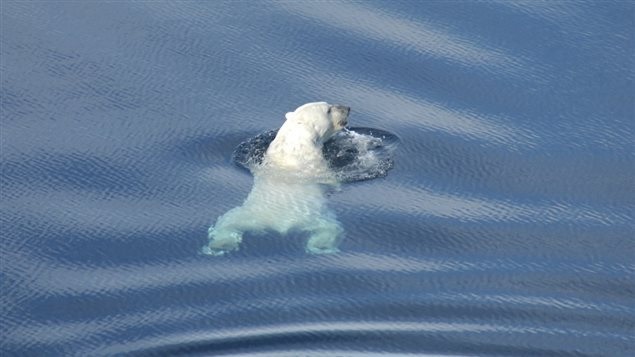 A polar bear swims in the Beaufort Sea looking for ice near Tuktoyaktuk, NWT, Canada April 27, 2009. It’s April but the sea is already ice-free. The bears can swim for long distances, but prefer not to as it uses up vital energy resources. They can only hunt and mate on the sea ice, without it, their survival is threatened
Photo: A.E.Derocher – University of .Alberta

The study involved tracking and filming bears over 8 to 11 days in 2014-15-16 and included taking blood and urine samples to determine condition and things like metabolic rates. 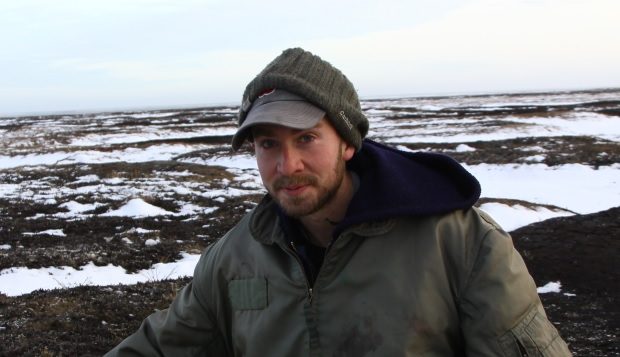 Anthony Pagano, a research wildlife biologist with the U.S. Geological Survey and the lead author of the study, says this is the first time a group of polar bears has been studied this intensely. PHOTO: Submitted (via CBC)

The study found that of the nine animals studied, five were struggling more to find adequatefood and would lose 18-20kg of fat over an eight to ten day period, while one of the five actually lost muscle tissue.

Lead scientist, Anthony Pagano, does note that the findings of the Beaufort Sea shouldn’t necessarily be expanded to the other 18 circumpolar populations of bears where he says, conditions can differ for each group.