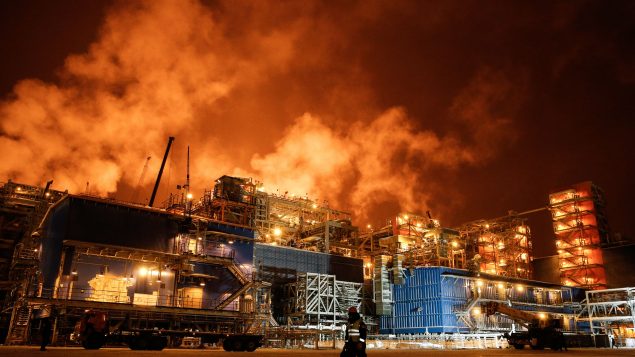 Eye on the Arctic brings you stories and newsmakers from across the North.

Weak national leadership in the North American Arctic is hindering northern development compared to the thriving polar regions of Russia and the Nordics, says a Canadian think tank in a new report.

“Canada has a romantic, folkloric ideal of the Arctic which is not in close accord with reality,” John Higginbotham, a senior fellow at the Centre for International Governance Innovation (CIGI), told Eye on the Arctic in a telephone conversation this week.

“We’re attached to a vision of polar bears and Inuit in kayaks. But what is lacking in this country is a broad understanding of how challenging the environment is going to be because of climate change.”

Listen here for more from Eye on the Arctic‘s conversation with John Higginbotham from the Centre for International Governance Innovation:

Other countries, both Arctic and non-Arctic, are increasing investment and interest in the North while Canada, and other areas of the North American Arctic like Alaska and Greenland continue to fall behind, said Higginbotham, co-author of the report The North American Arctic: Energizing Regional Collaboration and Governance, along with Jennifer Spence.

“Russia is decades ahead of Canada when it comes to oil and gas development and the development of the Northern Sea Route,” he said.  “The Nordics have found a good balance between environmental responsibility and economic development.   Canada is paying, frankly more attention to governance and identity issues than to the fundamental development of economic infrastructure on which any long term solution to the social and economic problems of the Canadian Arctic (will be made).” 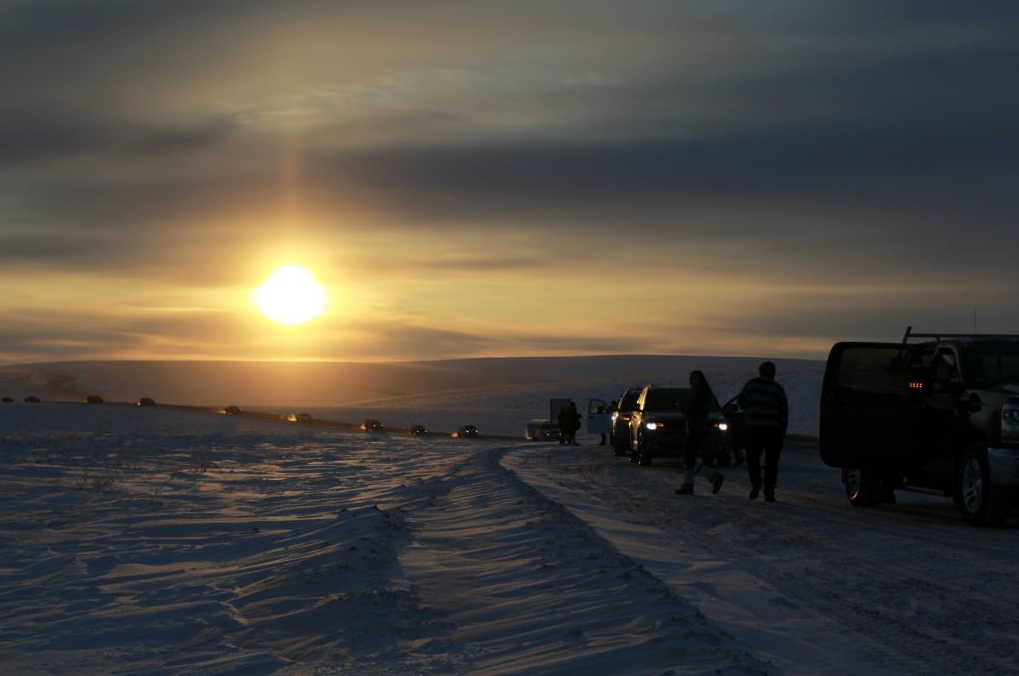 Cars on the Inuvik-Tuktoyaktuk Highway in Arctic Canada on November 15, 2017. A new report argues more infrastructure projects like this are needed in the North. (Melinda Trochu/AFP/Getty Images)

Russia has made significant investments in Arctic oil and gas exploration, including the Yamal LNG plant, located on the Yamal Peninsula in Russia’s Far North.  It’s also invested heavily in the Northern Sea Route, a waterway bridging Asia and Europe that passes through the country’s Arctic.

“These are dynamic factors that contain both challenges and opportunities for Canada, but we aren’t having a discussion about how to respond to any of these outside forces or how to make our own Arctic a better place,” Higginbotham said.

“Roads, energy projects, deep waters ports require long-term political and economic commitment and though the Canadian government has made reconciliation with Indigenous Peoples a priority, there’s been little talk about concrete measures that could lead to sustainable economic reconciliation.” 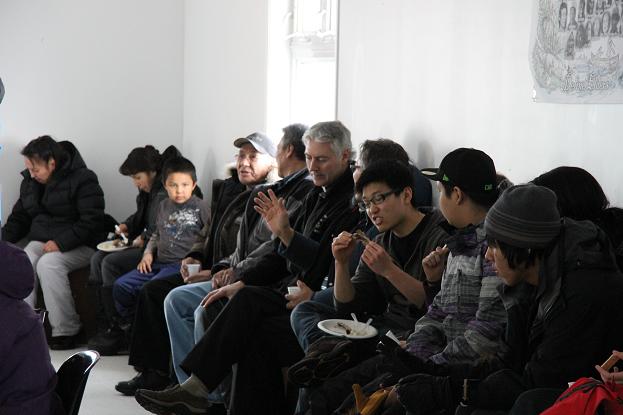 A 2012 community meeting in Deline in Canada’s Northwest Territories. Are better links with other northern regions the key to success for communities like this one? (Eilís Quinn/Eye on the Arctic)

With only three federal Members of Parliament in Canada’s Arctic territories compared to the hundreds of federal, provincial and municipal representatives in the South, Higginbotham says creating stronger  ties between Arctic regions and sub-national governments would be a first step to strengthening northern voices on the national stage.

“East – West cooperation could go a long way to helping, instead of the North-South relations where people worry about Washington, D.C. , Ottawa or Copenhagen,” he said.

“But I think it’s time that the North American Arctic spoke up, and with a more united voice, to the South about what is needed. ”

Canada: Economic development in the North – The taboo no one wants to talk about,  Blog by Heather Exner-Pirot

Iceland:  Norwegians and Icelanders let Alaskans in on the secrets to economic prosperity, Alaska Public Media

United States: When US Senators listen to Arctic voices, only some resonate, Alaska Public Media