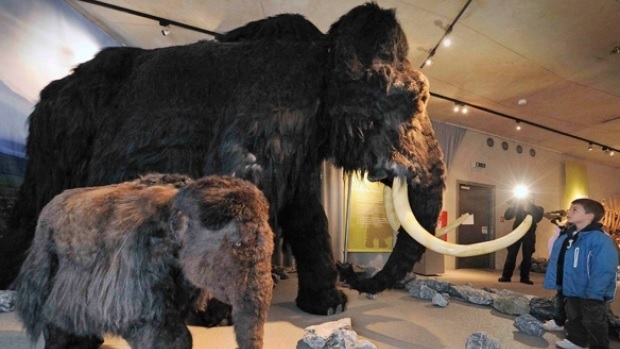 Wooly mammoths were only about the size of modern African elephants. A new highly detailed study looked at the evolutionary history of the elephant family from mammoths, mastodons, paleoloxodons to surviving species. It was not a "linear" evolution. PHOTO: Martin Meissner- AP

The detailed genetic history of elephants

Mammoths, mastodons, straight-tusked elephants, and living species; an international team of scientists have established the most complete genomic history of elephants.

Evolutionary geneticist Hendrik Poinar (PhD) of McMaster University in Hamilton Ontario is one of the senior authors on the paper and Director of the McMaster Ancient DNA Centre and principal investigator at the Michael G. DeGroote Institute for Infectious Research.

The genomes of such things as mastodons, wooly mammoths, paleoloxodons, and species of modern elephants points to a complex series of interbreeding relationships says Poinar. 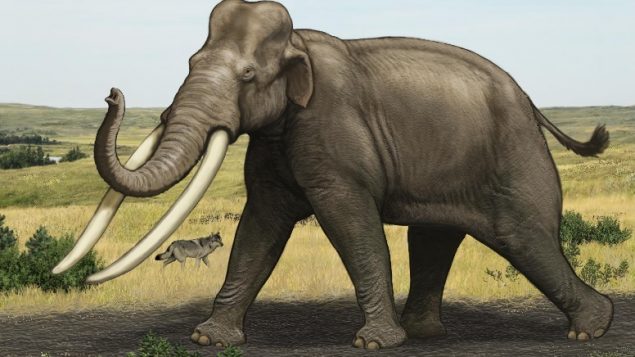 The wooly mammoth was actually about the size of a modern African elephant, but the ancient Paleoloxodon (shown) was the biggest of the bunch at about twice that size. Genetics show it was actually a hybrid. IMAGE Carl Buell

“The combined analysis of genome-wide data from all these ancient elephants and mastodons has raised the curtain on elephant population history, revealing complexity that we were simply not aware of before,” he says addint that it shows evolution is not a linear affair and can be “quite messy”. 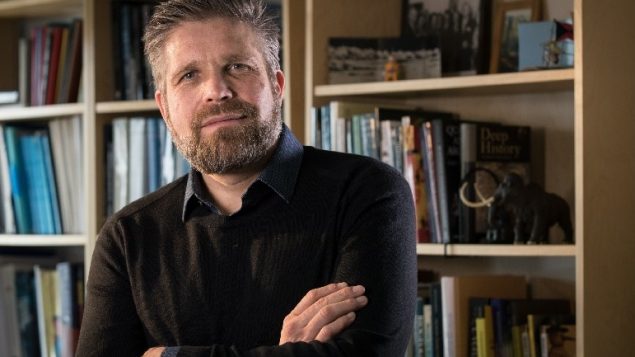 The international team involved in the multi-year project included researchers from McMaster, the Broad Institute of MIT and Harvard, Harvard Medical School, Uppsala University, and the University of Potsdam.

Analysis of the ancient straight-tusked elephant showed that it was a sort of hybrid with portions of its genetic makeup stemming from an ancient African elephant, the woolly mammoth and present-day African forest elephants. 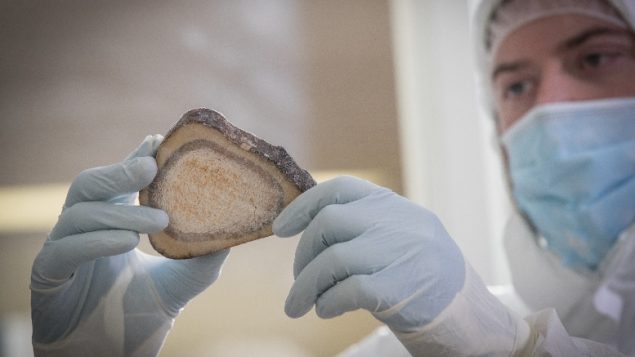 Researchers also found further evidence of interbreeding among the Columbian and woolly mammoths, somehint which was first reported by Poinar and his team in 2011.  Despite their vastly different habitats and sizes, researchers believe the woolly mammoths, encountered Columbian mammoths at the boundary of glacial and in the more temperate ecozones of North America.

Poinar says the ancient interbreeding probably enabled the species to adapt to varying climates and conditions, but notes that seems have stopped in existing elephants, their distant relatives. 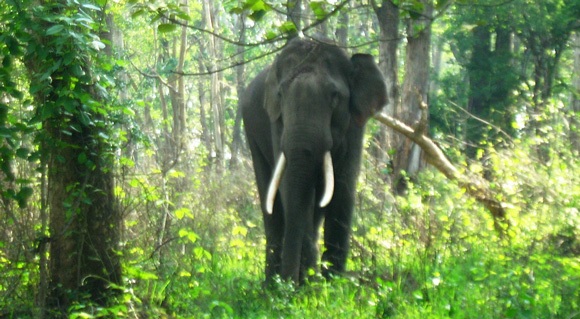 Africa’s forest elephants look almost exactly like savannah elephants, although somewhat smaller. The study showed although their environments abutted each other, there has suprisingly been virtually no intermingling in over 500,000 years. Sadly both species have been severely depleted and are under continued threat from poachers PHOTO via CBC

Poinar says the project developed from an initial concern about the survival and conservation of modern elephants and then their genetic history began to be added to that effort.

The study was published in the Proceedings of the National Academy of Science (PNAS) under the title, “A Comprehensive Genomic History of Extinct and Living Elephants (abstract HERE)