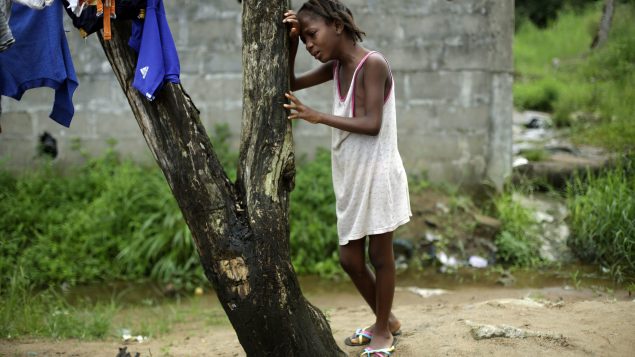 Mercy Kennedy of Liberia cried after her mother was taken away by ambulance to an Ebola ward on October 1, 2014. More than 10,000 died of the disease in West Africa. (Jerome Delay/AP Photo/file)

Canadian and Chinese researchers worked together on a new vaccine to fight the Ebola virus which claimed more than 10,000 lives in West Africa four years ago. The vaccine was recently approved by Chinese regulators and the National Research Council of Canada (NRC) developed the manufacturing process. 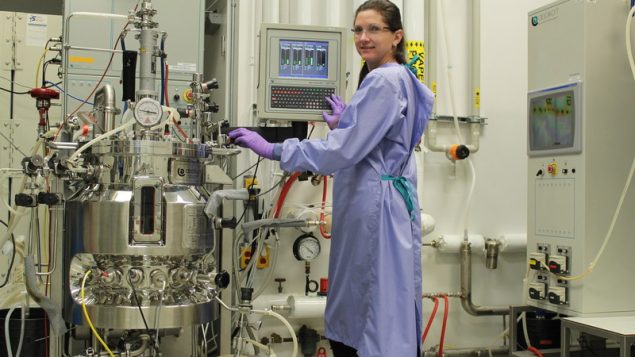 The vaccine is made from cells engineered by the National Research Council. They are grown inside stainless steel tanks with nutrients under special conditions.  Researchers found a way to successfully transfer a process for the production of the vaccine in a manufacturing facility.

Ready for another outbreak

This means that if another Ebola outbreak should occur, vaccine production could occur quickly and be ready to deploy. The disease is a severe hemorrhagic fever and is often fatal. It is spread through bodily fluids and sexual contact.

In addition to the work on the Ebola virus, researchers have developed and licensed cells and processes to make a vaccine to prevent transmission of a virus that causes birth defects from mothers to their babies, an anti-cancer treatment, and an anti-Alzheimer’s treatment. These are set for clinical trials.