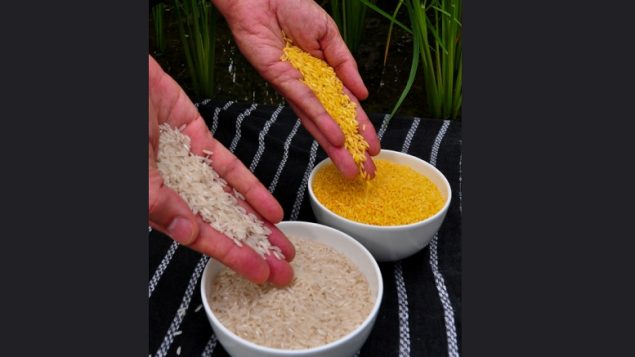 The government agency Health Canada has given approval for a new genetically modified (GM) food product.  The International Rice Research Institute (IRRI) which promotes the vitamin A enhanced product says it is not intended for sale in this country. This is raising questions and concerns among certain advocacy groups.

The product is called “Golden Rice” and its been in development to increase its quantity of vitamin A for areas of the world where rice is a staple and vitamin deficiency is a problem.

Golden Rice is intended for distribution in the Philippines as well as other countries including Bangladesh, India and Indonesia.

Surprisingly it requested health approval from Canada, the U.S., Australia, and New Zealand, but not for example in the Philippines or elsewhere.

In addition to other questions about the claims made by the IRRI about the benefits of its GM rice, CBAN also wonders why Canadian taxpayers are paying for an approval process for products that are not to be sold here. 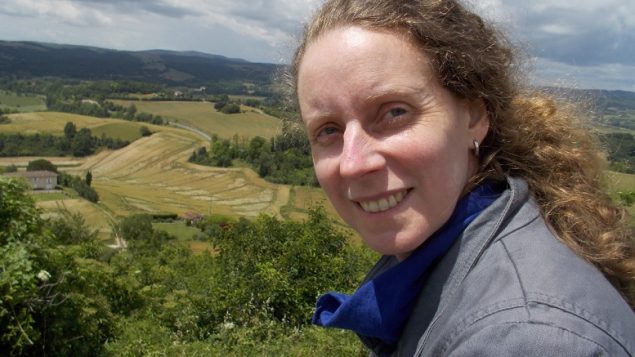 In response to a CBAN letter, Health Canada responded, “developers often choose to seek authorization in Canada as a first step in their regulatory plan even if they do not plan to sell the product in Canada”. 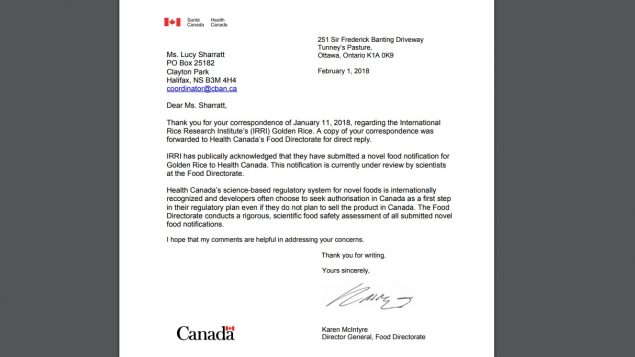 Farmers and consumers rights networks in the Philippines have expressed alarm such foreign approvals like Canada. They are concerned that a national policy loophole could enable proponents of the GM food to use these approvals as a ‘safety stamp’ to introduce Golden Rice in the Philippines and start feeding trials including with children and pregnant women. 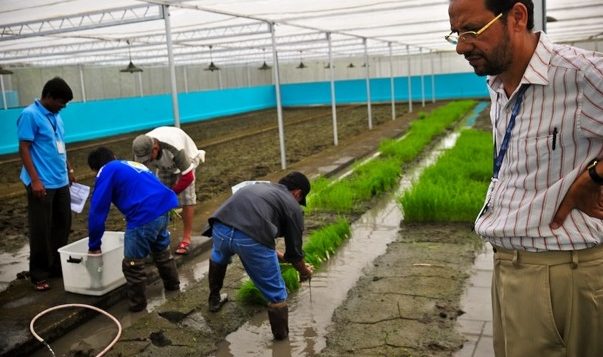 Dr Parminder Virk shown. During 2010 IRRI conducted a confined field trial of Golden Rice. In this photo, seedlings are being attended to by workers in the screenhouse before they are transported to the field and transplanted. PHOTO : IRRI

Cris Panerio is with MASIPAG, a farmers network in the Philippines which is part of a pan-Asian network of more than 30 groups called the Stop Golden Rice! Network

In a press release he said, “We also question why the International Rice Research Institute is seeking safety approval from Canada, Australia, and the US while farmers and consumers in Asia who plant and eat rice as a staple are left in the dark. Promoting readily available, diverse and safe Vitamin A food sources from sustainable and ecological farming is the long term solution to combat malnutrition, ensure food security and health, not genetically modified crops like Golden Rice,”