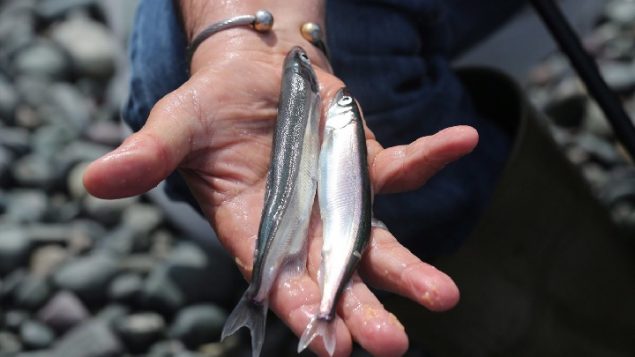 male, left, and female capelin are seen at Middle Cove Beach on Friday, July 22, 2016. A national conservation organization says it is deeply concerned by a 70 per cent decline in capelin abundance over the last two years in Newfoundland and Labrador. Photo: The Canadian Press- Paul Daly

They’re a tiny fish, but a critical link in the food chain.

Conservationists, fishermen and the government are all concerned about a huge decline of up to 70 per cent, in the capelin population off the coasts of Newfoundland and Labrador

“The fact remains that these little fish, on which so many other species depend, are vulnerable to overfishing which can exacerbate the rate of decline, especially at critical population levels.”  WWF

The capelin which feed on the tiniest of creatures, zooplankton etc, and in turn are food for a variety of larger fish such as cod, turbot, halibut, Harp seals, and a variety of seabirds, and even whales. 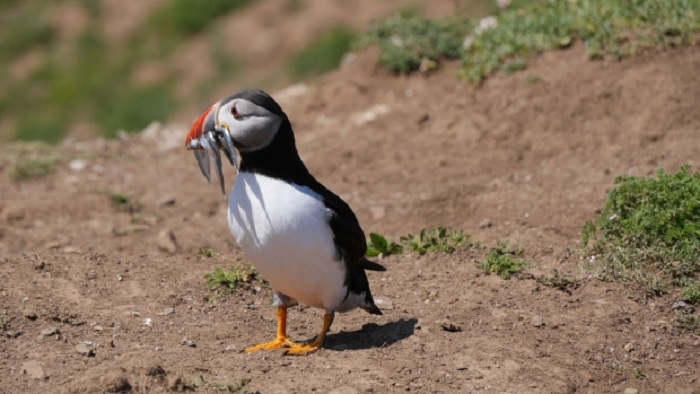 Capelin are a major part of the diet for many seabirds including puffins on the east coast of Canada, especially in Newfoundland. Photo: CBC

The World Wildlife Fund issued a statement stating that while environmental factors are behind the decline, overfishing cannot be ruled out as a contributing factor.

The Newfoundland Ecosystem Research Initiative (ERI), a department of Fisheries and Oceans Canada says that fishing is not a factor but rather a shift in environmental conditions including timing and extent of sea ice growth and decline. 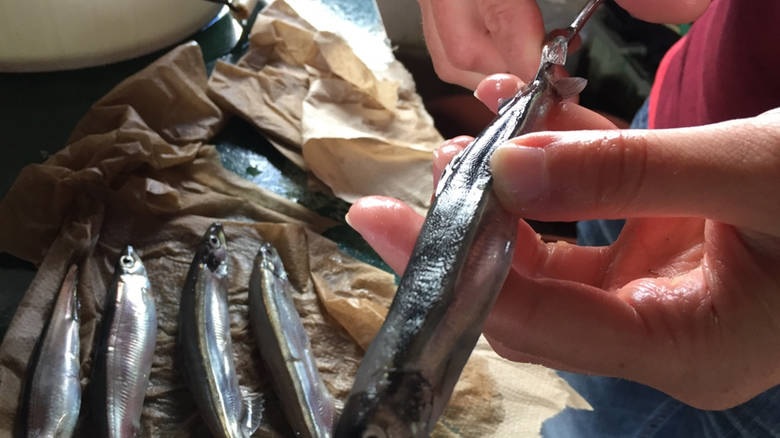 DFO scientists take a sample of a capelin for DNA testing during their 2017 survey of the population. Photo:P Fisheries and Oceans Canada. (DFO)

Ths study showed that there was a major collapse of capelin stocks in 1990 from which the fish has not recovered.

Other studies show that a lack of capelin has a significant ripple effect on other species such as the puffin, for which the tiny fish constitutes a major element in their own diet.

DFO also reported a 30 per cent decline in cod stocks late last month, and projections are that the capelin stocks will likely continue to decline in 2019.