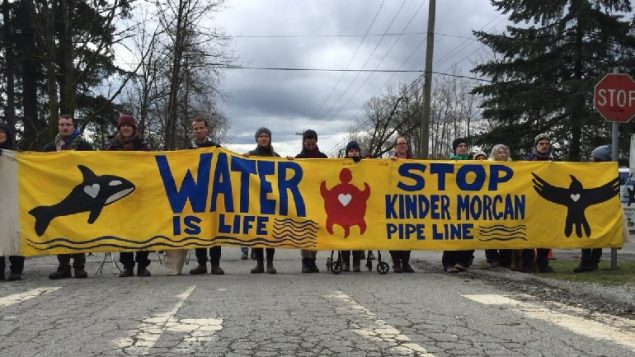 One of many ongoing protests against the expansion of the Kinder Morgan oil pipeline from Alberta across BC. Photo- Rafferty Baker-CBC

The ongoing and bitter fight over a new pipeline from Alberta to the west coast of British Columbia heard a major announcement today.

The Texas-based Kinder-Morgan said it is suspending all non-essential development on its Trans-Mountain pipeline project beyond minimum maintenance requirements. 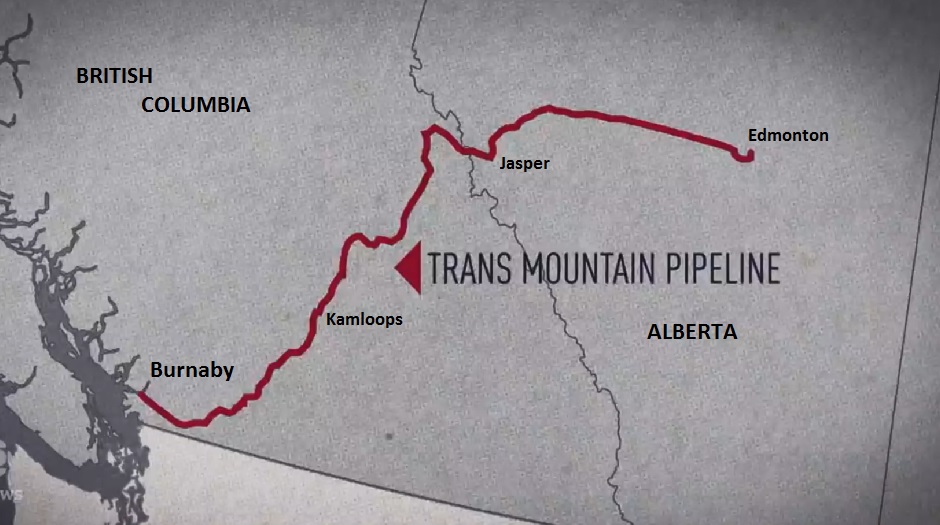 The TransMountain pipeline will follow relatively closely the route of the existing pipeline built in the early 1950’s. However, much of the proposed route has since been built-up with residential areas inciting opposition from residents, along with environmentalists and from the mayor of Burnaby, site of the terminal. IMAGE- CBC

The company said that due to delays and ongoing opposition, it needed to protect its shareholders and so was not prepared to spend any more on the project.

The pipeline- a doubling of an existing pipeline, and which is favoured by the federal and Alberta provincial goverments has been bitterly opposed by environmental groups, many First Nations bands and the British Columbia provincial government.

“The writing is on the wall, and even Kinder Morgan can read it. Investors should note that the opposition to this project is strong, deep and gets bigger by the day. This announcement shows that this widespread opposition has reached critical mass. British Columbians’ desire to protect clean water, safeguard the environment and stand behind Indigenous communities cannot be ignored or swept under the rug. We encourage Kinder Morgan to shelve this project before the litany of lawsuits, crumbling economics, and growing resistance against the pipeline does it for them.” Greenpeace press release

Kinder Morgan had estimated the project cost at $7.4 billion, and so far has spent about $1.1 billion. The new line would triple capacity of the existing line to the coastal shipping terminal where exports to Asia would dramatically increase. 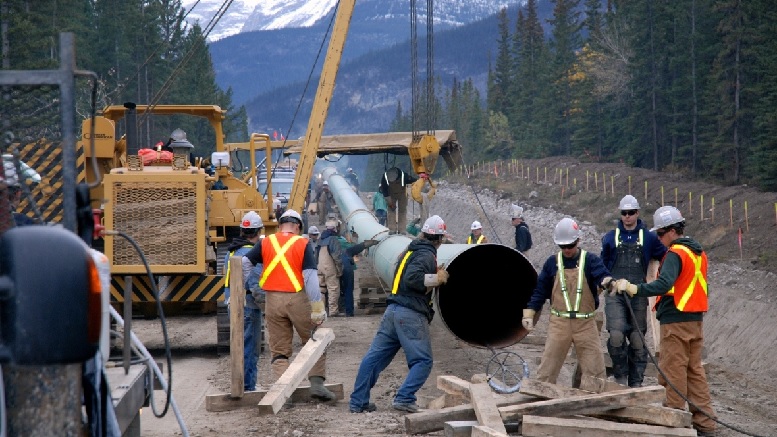 The pipe will be underground for the majority of the route. Kinder Morgan has already invested over a billion dollars, but now is concerned about investing more into the $7 billion project. Photo:TransMountain

The concern of critics is in large part about the increased tanker traffic and potential for spills along the ecologically sensitive west coast.

The company has said it will try to get agreements in order for the project to proceed and has set a deadline of May 31, adding that without agreement it “would difficult to conceive of any scenario in which we would proceed with the project”, according to a statement by CEO Steve kean.

A court injunction on March 15 barring protesters from interfering with the pipeline expansion, although protests have continued.  Now adding to the pipeline troubles comes word today that the Alberta Securities Commission agreed to review a complaint from Greenpeace Canada alleging incomplete disclosure of climate-related risks in Kinder Morgan Canada’s (KML) first Annual Report. Under Alberta’s securities law, a failure to fully disclose risks to shareholders can result in fraud charges or class action lawsuits. 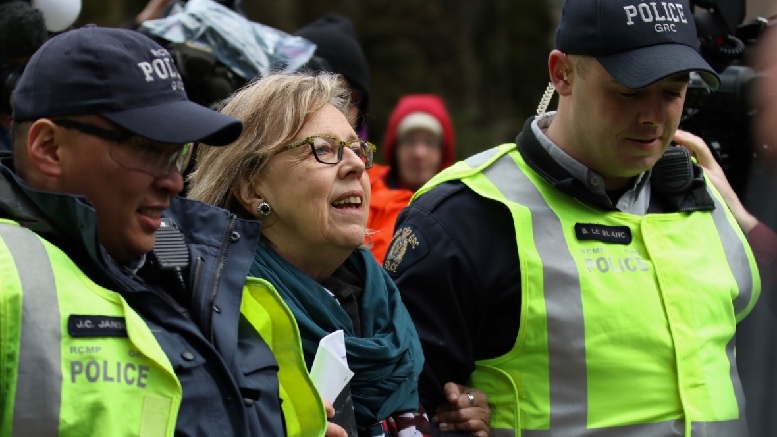 Alberta Premier Rachel Notley has vowed to do whatever she can to get the project moving, including the possibility of the province investing in the pipeline.

Alex Pourbaix, chief executive officer of the major oilsands producer Cenovus Energy Inc., said in a statement. “If the rule of law is not upheld and this project is allowed to fail, it will have a chilling effect on investment not just in British Columbia, but across the entire country.”

Kean said he would welcome Alberta investment but added he would also need shareholder protection and a clear legal decision to allow the pipeline to proceed through British Columbia without continued legal wrangling delays.

The news comes only months after cancellation of another major pipeline project. Trans Canada Corporation’s Energy East pipeline designed to bring western oil to eastern loading terminals was a $15.7 billion project but was also bitterly opposed by environmentalists. Prime Minister Trudeau said that the termination was due to changed market conditions, while critics say it was due to federal environmental policies.

As for the Trans Mountain project, the Prime Minister said in response to questions after the K-M announcement that the project “will be built”.