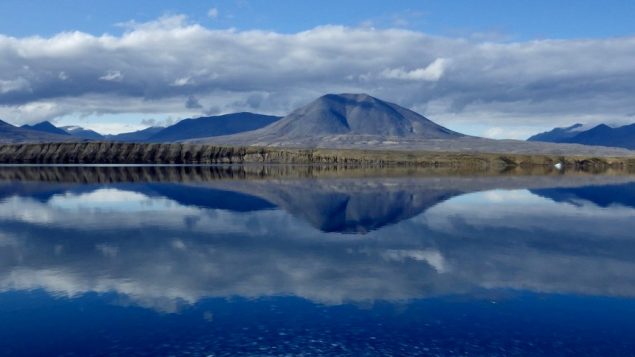 With one degree average air temperature increase, the ice-free period for the lake has increased substantially adding to changes in the lake ecosystem. Photol I Lehnherr et al

Scientists working in the high Arctic found that a huge lake is undergoing some profound changes as a result of a mere one degree increase in the average Arctic air temperature.

Martin Sharp (PhD, FRSC) is a professor in the Department of Earth and Atmospheric Sciences at the University of Alberta

Professor Sharp was among the group on interdisciplinary scientists who began studying the lake and its wider drainage and ecosystems studying aspects from glaciology to freshwater ecology. 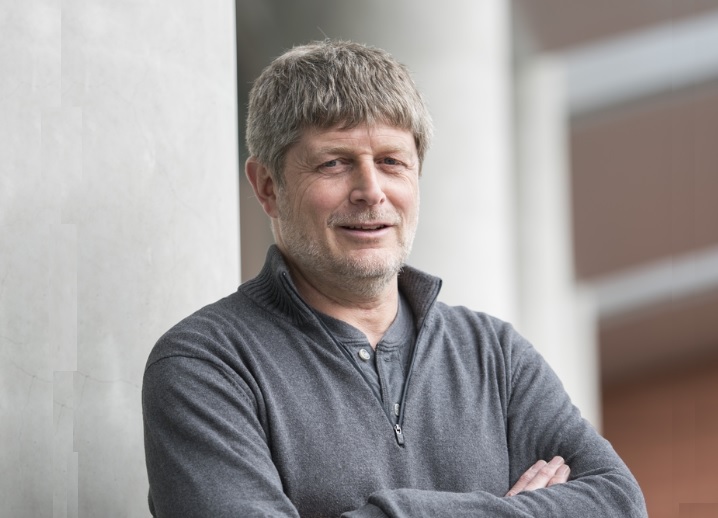 Martin Sharp (PhD FRSC) from the University of Alberta, was one of the scientists studying the surprising changes in a huge Arctic lake

Lake Hazen on Ellesemere Island, at 78 km long by 12 km wide is the biggest high Arctic lake is one of three huge lakes above the Arctic Circle, including Lake Inari in Finland, and Lake Taymyr in Russia. 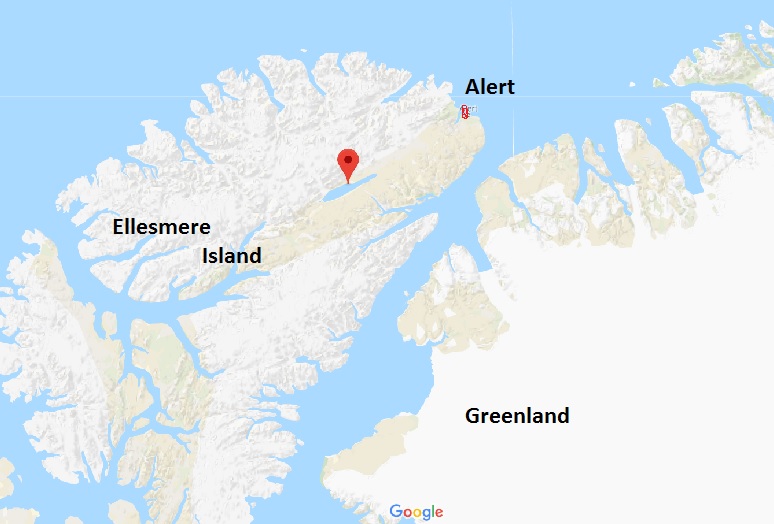 Home to a large population of Arctic char, the lake is traditionally ice-covered about ten months of the year.

All that is changing, and rapidly. 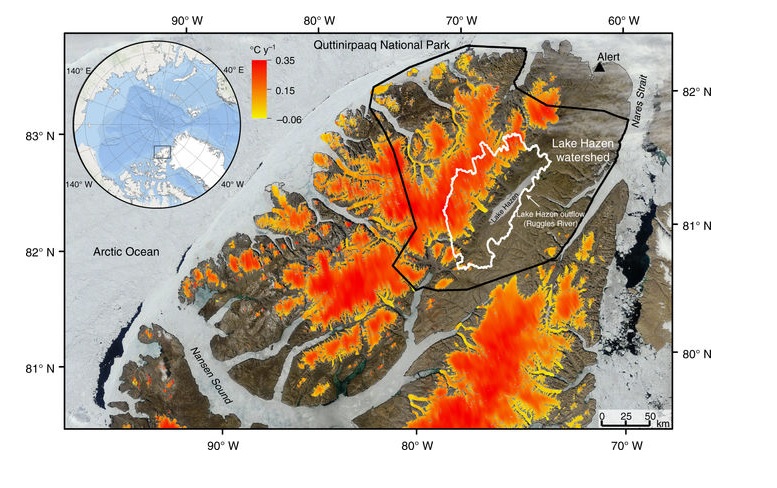 Location of the Lake Hazen watershed and changes in glacier surface temperatures. Changes in summer glacier surface temperatures (°C y−1) were quantified for the months of June, July and August for the period 2000–2012. The white line delineates the boundaries of the Lake Hazen watershed, and the glaciers within it. The black line delineates the boundary of Quttinirpaaq National Park, Canada’s most northerly national park Image: I Lehnherr et al

While it is clear that the Arctic climate is warming faster than elsewhere on Earth, it had been presumed that such a large body of water would take much longer than smaller water bodies to show effects of the warming.

Although seemingly slight, the temperature increase has resulted in significant meltwater increase from the glacial snowpack flowing into the lake, and changes is this huge body of water. 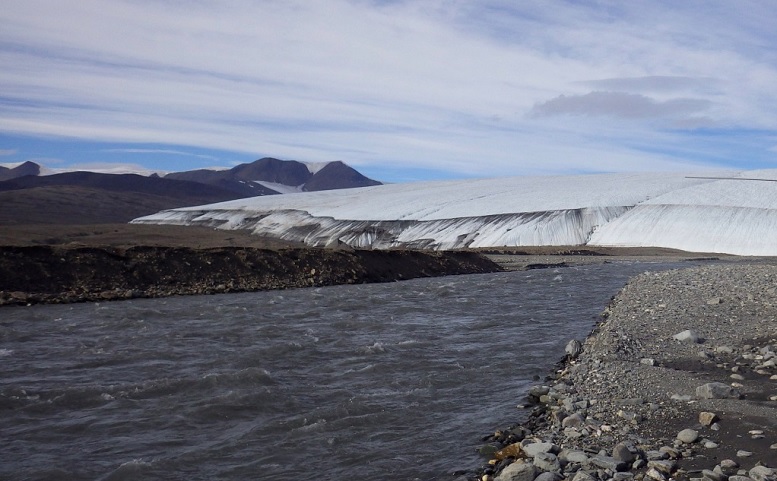 Even the slight average temperature increase has meant a rapid melting of glaciers into the lake and triggered other feedback loops. PHOTO- I Lehnherr et al

This has meant an increase in fine sediment floating in the water increasing turbidity.  Evidence shows that this appears to be adversely affecting the fish as the Arctic char’s visibility is reduced and so their ability to hunt prey.

In addition, less ice and longer periods of open water in the summer has meant an increase in light penetration into the lake. That in turn promotes an increase in plankton and algal blooms also dramatically changing the lake ecosystem.

Thus several different studies have become interrelated to see how each is affecting the whole.

Martin and the others scientists in this interdisciplinary exploration of Lake Hazen speaks to the big-picture perspective. He says as scientists, they tend to focus only on their particular field.

He says this study has has shown the need to approach questions of climate change from a focus on the whole watershed system rather than examining separate and individual subsystems.