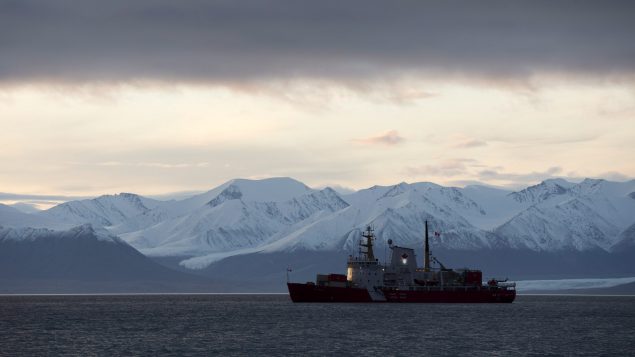 Ottawa should to stop procrastinating and get on board with the proposed ban on the use of highly polluting heavy fuel oil by ships operating in the Arctic, says Sheila Watt-Cloutier, a Nobel Peace Prize-nominated Inuit activist and author.

The International Maritime Organization (IMO), the United Nations’ specialized agency that regulates maritime shipping, will discuss the issue of heavy fuel oils (HFO) used in the Arctic at the 72nd session of its Marine Environment Protection Committee (MEPC) that began on Monday.

The use of HFOs, also known as bunker oil, is already banned in the Antarctic and several environmental and Indigenous groups are calling for a similar ban in the Arctic.

“It’s one of the biggest threats because heavy fuel oil is extremely toxic and of course the possible potential for spillage into our Arctic marine ecosystem is deadly to us,” Watt-Cloutier said in a phone interview from London, where she participated in a panel discussion on the issue on the sidelines of the MEPC meeting.

(click to listen to the full interview with Sheila Watt-Cloutier)

The Inuit rely on the marine mammals and fish in the Arctic for a large part of their nutrition, she said.

Also the combustion of heavy fuel oils creates very high levels of air pollutants, black carbon and accelerates climate change in the Arctic, said Watt-Cloutier, a former chair of the Inuit Circumpolar Council and the author of The Right to be Cold: One Woman’s Story of Protecting Her Culture, the Arctic and the Whole Planet.

Documents obtained by Radio Canada International show that as part of the discussion of a Canadian proposal to mitigate the risks of heavy fuel oil pollution in the Arctic, which was adopted at MEPC’s 71 session in London last July, Finland has submitted a plan to the MEPC to ban the use and carriage of HFOs by ships in Arctic waters by 2021.

Finland’s proposed ban, which would be mandatory for all ships to which the International Convention for Prevention of Pollution from Ships (MARPOL) applies, while operating in Arctic waters, is co-sponsored by Germany, Iceland, Netherlands, New Zealand, Norway, Sweden and the United States.

“A single HFO spill could have devastating and lasting effects on fragile Arctic marine and coastal environments,” the Finnish proposal says. “In addition, Arctic shipping is projected to continue to rise, thus increasing the risk of a spill. For these reasons, the ban on HFO should be implemented as soon as possible, and any delay in implementation of the HFO ban by eligible ships should be short-lived.”

However, in a document submitted by Canada and the Marshall Islands in response to the Finnish proposal, Ottawa argues against rushing to an outright ban too quickly, suggesting instead that the committee should also take into account the potential adverse economic impact of increased shipping costs on northern Indigenous communities that depend on maritime resupply for most of their goods.

While agreeing that “the threat of an accidental oil spill in Arctic waters remains the most significant threat from ships to the Arctic marine environment,” Ottawa urges the IMO to consider “economic and other impacts to Arctic communities associated with the restriction or phase out of heavy fuel in Arctic waters.”

The federal ministry of transport, the lead agency on this file, declined a request for an interview. However, in a written statement sent to RCI ministry spokesperson Julie Leroux said the government plans to consult with industry, other government departments and Indigenous communities on the use of heavy fuel oil in the Arctic.

“Canada firmly believes the way forward to protect the Arctic environment needs to account for the full range of impacts on northern and Indigenous communities, including the feasibility of potential measures to mitigate those impacts,” Leroux said. 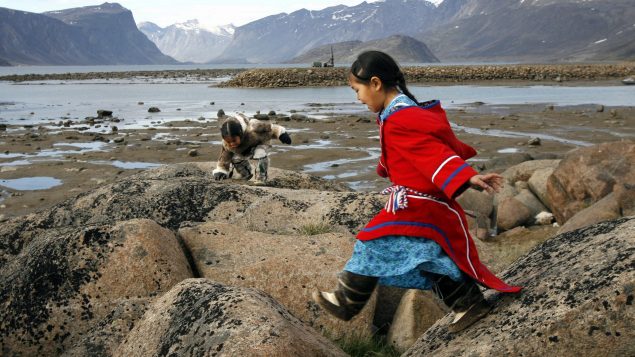 “This is a very outdated card to play at this stage with the climate crisis that we’re in,” Watt-Cloutier said in a phone interview. “If it’s going to cost more, then make sure that the people of the Arctic are going to be subsidized if there is going to be an increase (in shipping costs), rather than no action on it.”

Watt-Cloutier said she was invited to London by the Clean Arctic Alliance, a coalition of 18 non-governmental organisations working to end HFO use as marine fuel in Arctic waters, to share the human side of the climate change issues in the Arctic. 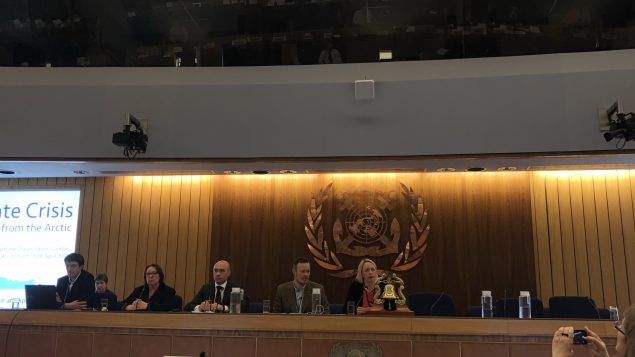 Sheila Watt-Cloutier (second from left), a Canadian Inuit author, independent environmental and human rights advocate, takes part in a panel discussion at the sidelines of the IMO’s MEPC72 meeting in London. Watt-Cloutier was invited by the Clean Arctic Alliance, a coalition of 18 NGOs, to present a northern Indigenous perspective on the issue of climate change in the Arctic and the international campaign to ban heavy fuel oils in maritime shipping in Arctic waters. (Kendra Ulrich/Stand.earth)

Speaking at a panel discussion organized by the Clean Arctic Alliance on the sidelines of the MEPC72 meeting in London on Tuesday, Watt-Clouiter urged the international community to take responsibility for its actions that disproportionately affect northern communities that have contributed the least to climate change.

“For too long we have asked the world to stop hurting our way of life, and for too long the world has responded that it is too expensive to stop bringing harm to your way of life,” Watt-Cloutier told the audience. “Inuit and other vulnerable peoples are being asked to pay the price for the unsustainable choices most of the world continues to want to maintain. Inuit and others are becoming the collateral damage as a result of irresponsible political actions….or inactions.”

Heavy fuel oil, also known as bunker oil, is the cheapest, the dirtiest and accounts for 80 per cent of all fuels used in maritime shipping, according to a report by the International Council on Clean Transportation (ICCT).

“The Arctic is under pressure – with climate change driving unseasonably high temperatures and extensive sea ice melt, IMO member states must act now to protect the region from the risk of heavy fuel oil spills and the damaging impacts of black carbon emissions,” said Sian Prior, lead adviser to the Clean Arctic Alliance.