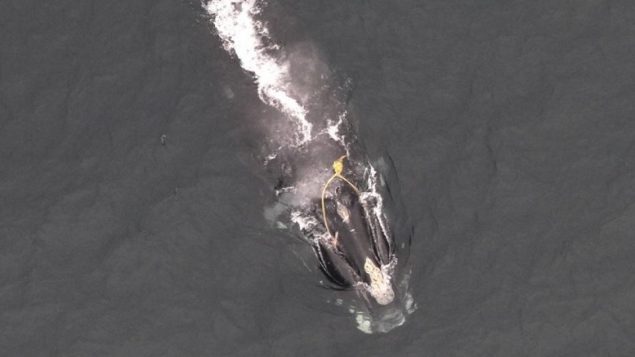 Yellow fishing rope is seen entangled on the upper jaw and over the back of Kleenex in this April 10 photo. (NOAA/NEFSC- Peter Duley

Marine biologists are on the lookout for one of the few remaining northern right whales. The female known as “kleenex” was first spotted entangled in 2014, and hadn’t been seen until March of this year when she was spotted off the coast near Cape Cod, Massachusetts.

Kleeenex is seen as critical to the survival of the species as one of the most reproductive females left. There are only an estimated 430 whales left, among them only 100 breeding females. 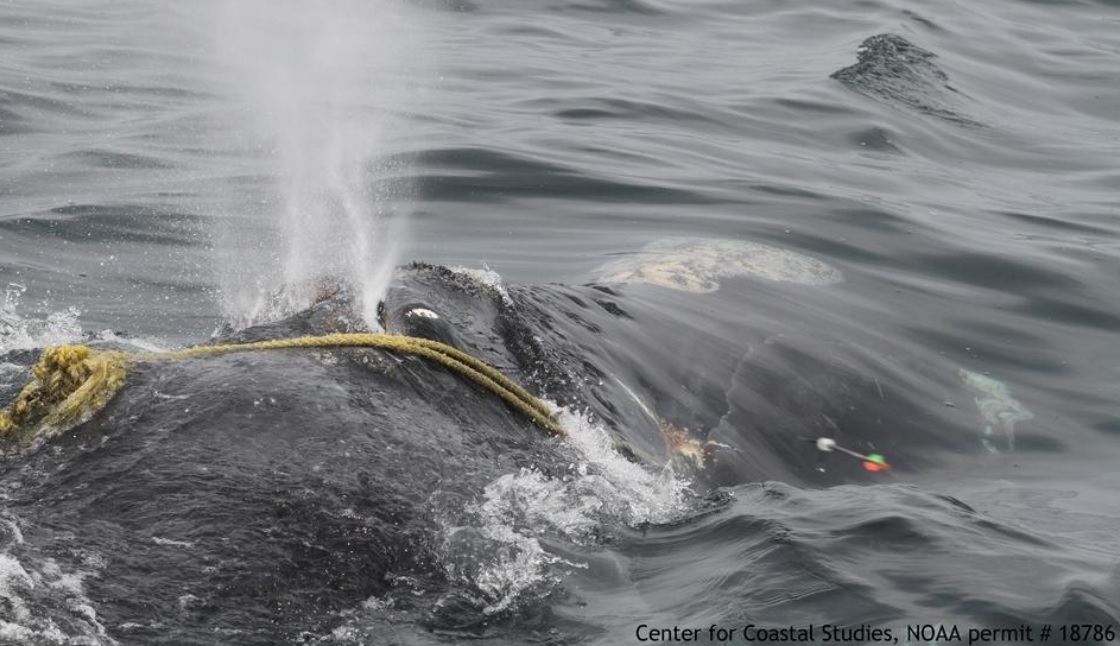 The whale is seen taking a breath on the surface just as a cutting arrow is about to hit the ropes. The ropes were nicked but it is not certain if that was enough to eventually break the ropes Photo Courtesy Center for Coastal Studies.

Researchers who were trying to remove the ropes around her upper jaw say she looks to be thin and in a weakened state.

They are also concerned that for the first time, no new calves were spotted this year, noting that Kleenex would have been spending energy dealing with the entanglement and not building up strength for a pregnancy.

Rescuers this week were able to nick one of the ropes with a cutting arrow on two occasions earlier this month, but it is not known if that was enough to enable the ropes to break.

Kleenex is estimated to be about 46 years old, and has 23 descendents. It is not known how long right whales live as the dead whales found have all died of fishing gear entanglements or ships strikes. Some 18 right whales were killed last year in the Gulf of St Lawrence or off the eastern coast of North America.

The oldest right whale known was aged 70, but was killed by a ship strike.

Searchers are on the lookout for the whales and if possible they will try again to cut the ropes.