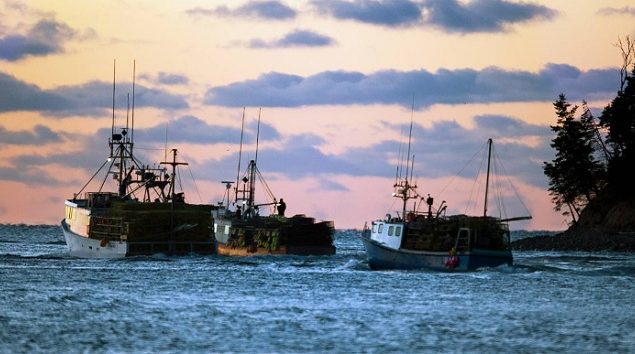 Lobster fishermen will have use less rope, report lost gear and any sightings of right whales. (The Canadian Press/file)

Canada’s Department of Fisheries and Oceans has announced new measures for lobster fishing in hopes of protected the endangered North Atlantic right whales. Eighteen of them died off the coast of Canada and the U.S. last year, most often because they hit ships or became tangled in fishing gear. A Canadian lost his life last year trying to free a right whale from ropes.

It’s not clear why more right whales are appearing in the Gulf of St. Lawrence, but it’s suspected changing ocean temperatures may be driving their food north. 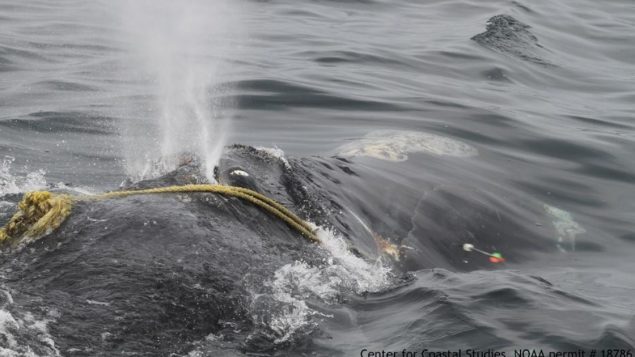 Efforts are made to cut ropes off entangled right whales, but it’s not clear if this one was successful. (Courtesy Center for Coastal Studies)

Sightings must be reported

New rules in the gulf restrict the amount of rope that can be used by lobster fishermen and they will have to report any gear they lose. They must also report all sightings of whales and any interactions including collisions or entanglements. The areas where whales are found will be temporarily closed to protect the animals.

Restrictions have been placed on the crab fishery for the same reason.

The lobster fishery is opening now and right whales are expected to arrive soon to feed in the gulf. It’s estimated there are only 450 of them left in the world.