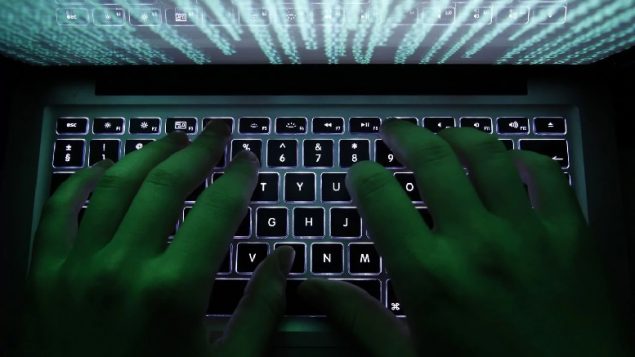 It’s been alleged for years that Canadian technology is being used to filter internet access in certain countries.

The Citizen Lab  at the University of Toronto, which first exposed the concern and has been tracking the issue since 2013.

This week it released a detailed report saying they’ve detected the technology being used in 30 countries and where it is filtering citizens access nation-wide in ten countries to a variety of websites. 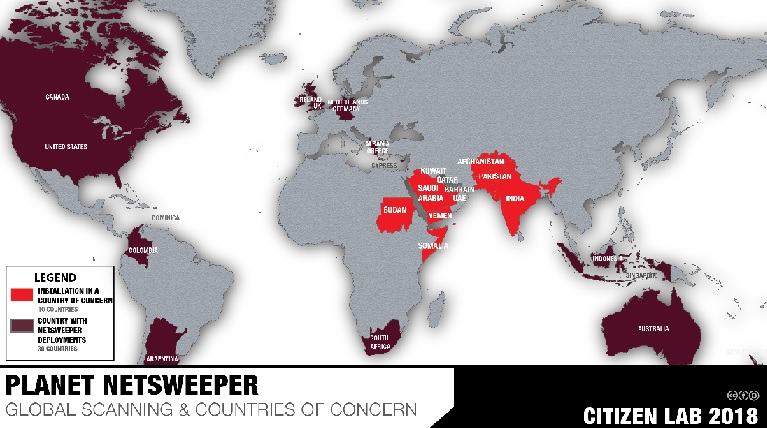 Citizen Lab map of where Netsweeper tech is being used, Red indicates a “country of concern” Image: Citizen Lab- U of T

Filtering technology is widely used by schools, libraries and private companies to limit access to pornography, hate sites,  pirated content and phishing schemes.  In this case, the filtering is more general. It involves sites the governments have decided they don’t want citizens to know about and runs counter to the United Nations Guiding Principles on Business and Human Rights

The Canadian company behind the filtering technology is called Netsweeper which is based in Waterloo, Ontario, with offices in the UK, India, and the Middle East.

On its website the Citizen Lab, a sort of internet watchdog operation, is described as an interdisciplinary laboratory based at the Munk School of Global Affairs, University of Toronto, focusing on research, development, and high-level strategic policy and legal engagement at the intersection of information and communication technologies, human rights, and global security. 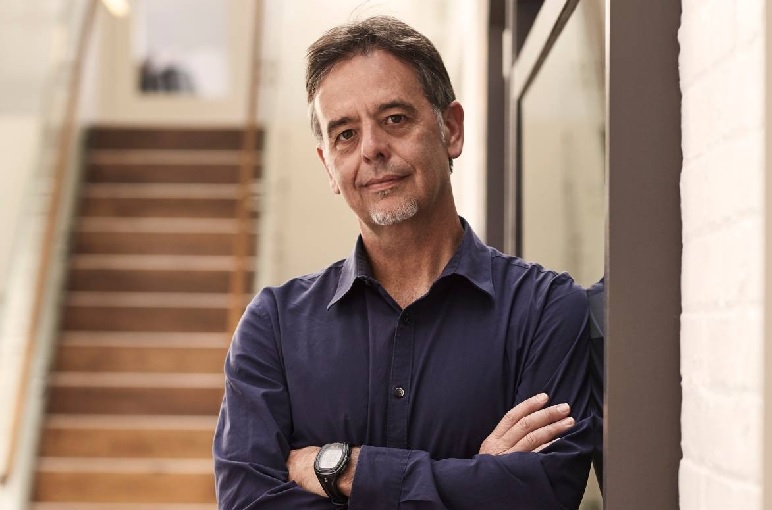 Ron Deibert, director of the internet watchdog Citizen Lab says the Canadian government should add network filtering technologies like Netsweeper’ to its list of ‘dual use’ technologies. These are intended for one use, but when exported, can be used for another purpose that may violate human rights. . Photo:Riley Stewart/Citizen Lab

The Citizen Lab report says the technology is being used nationally by some countries to filter out access to LGBT sites, opposition political sites, or sites allowing criticism of the government, religious sites, and other sites deemed objectionable by the regime.

The report says use of the Canadian technology to suppress access to the internet raises human rights concerns, especially for the Canadian government and its support of such companies in international dealings

They say that Canadian companies should be required to respect human rights issues internationally.

It has consistently refused to comment but CEO Perry Roach did respond to a request by the Canadian Broadcasting Corporation only to use an expletive to describe the Citizen Labs previous reports about the company and how its technology was being used abroad.