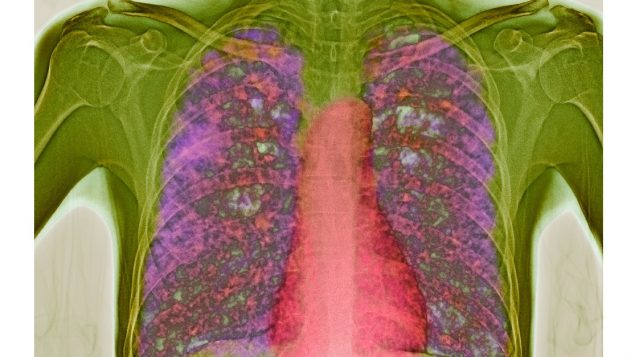 Tuberculosis. Coloured X-ray of a patient's chest showing disseminated, or miliary, tuberculosis (TB) in the lungs. The lungs contain lesions (tubercles, pink) consisting of infected dead tissue. Disseminated TB is a chronic form of TB whereby the bacterium has entered the blood or lymph system and spread to other organs of the body. If left untreated, this type of TB has an almost 100% mortality rate. Treatment involves a long course of several antibiotics. The heart is also shown (red, centre). Image: DU CANE MEDICAL IMAGING LTD/SCIENCE PHOTO LIBRARY

Bacterial infections have been around since, forever. Sometimes they’re deadly, yet sometimes the human body can control them.

Considering drug-resistance pathogens are becoming an ever-increasing concern, new research is tackling the question of how the body develops tolerance to pathogens without completely eliminating them. This is an important arm of the body’s own defence mechanisms to fight potentially deadly pathogens such as tuberculosis.

Maziar Divangahi (PhD) is a pulmonary immunologist and associate director of the Translational Research in Respiratory Diseases Programme at the Research Institute of the McGill University Health Centre (RI-MUHC). He is also a member of the McGill International TB Centre in Montreal.

The federal government has vowed to eliminate tuberculosis in Inuit communities in the Arctic by 2030.   By eliminate, we usually understand that to mean curing the infection, killing the bacteria. 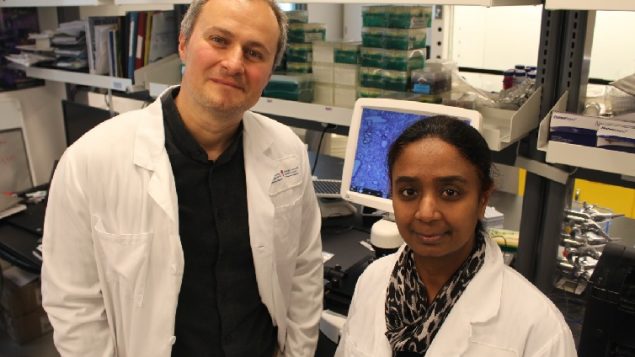 However, there are literally thousands of people with the TB bacteria, but who show no signs of infection at all. Their bodies have learned to “tolerate” the disease, rather than fight or “resist” the infection, much as many plants have developed tolerance to infections.

Divangahi says studies of tolerance in plants is an established area of research, whereas in humans almost all research is focused on the fight against pathogens (resistance).   He says very little has been done previously into studying human tolerance for infections.

He and his research team are taking a cue from plants and seemingly for the first time studying how the body develops a tolerance for pathogens to control disease and infections.

Divangahi has been studying why as many a 90 % of people infected with mycobacterium tuberculosis (MTB) tolerate the infection without developing the disease, and it seems to relate to the body’s T-cell activity, the so-called “soldiers” of the immune system.

The research discovered the protein in a mitichondra (cyclophilin-D or “CypD:) acts as a checkpoint in activation of T-cells.

The study found that in mouse models without cypD,  T-cells were stimulated, even over stimulated,  into activation to fight such a pathogen and that resulted in tissue damage and in fact could prove fatal without any seeming effect against MTB growth and spread.

With models having cyp-D, it seemed that enough T-cells were activated to keep the MTB controlled, but no so active as to cause tissue damage seemingly creating a natural tolerance, a sort of immunity.

Divangahi says they are working hard to understand how the body develops its “natural immunity” which allows such a high percentage of MTB infected people to live without the disease.  He says given the growing drug resistance and limited development of new antibiotics, developing mechanisms towards new therapies or vaccines could substantially reduce the worldwide effects of this ancient disease.