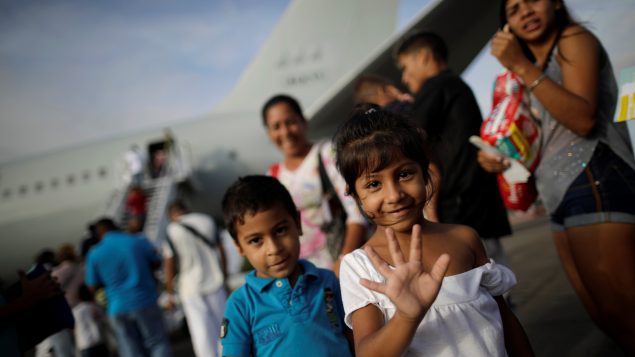 Canada will provide $5.3 million in humanitarian assistance to Latin American and Caribbean countries that have sheltered hundreds of thousands of Venezuelan’s fleeing the political and humanitarian crisis being fuelled by the Maduro regime, Foreign Affairs Minister Chrystia Freeland announced Monday.

Neighbouring countries, such as Brazil, Colombia, Ecuador, Peru and island nations in the Southern Caribbean are bearing the brunt of the exodus, which has created an urgent need for shelter, healthcare and other services for Venezuelan refugees, Freeland said in a statement from Mexico City where she attended the sixth meeting of the Lima Group, a coalition of states opposed to the Venezuelan strongman Nicolas Maduro.

Canada stands with the people of Venezuela as they face the magnitude of this democratic crisis. Today, we announced a contribution of $5.3 million in humanitarian assistance to Latin America & the Caribbean + to people affected by the crisis in Venezuela. https://t.co/48onvQMyR1 pic.twitter.com/s0fc2T7SUO

Since 2014, there has been a 2,000 per cent increase in the number of Venezuelan nationals seeking asylum worldwide, principally in the Americas during the last year, according to the United Nations refugee agency.

“The movements are taking place for a variety of reasons, including insecurity and violence, lack of food, medicine or access to essential social services as well as loss of income,” Aikaterini Kitidi, spokesperson for the Office of the UN High Commissioner for Refugees (UNHCR), told reporters at a recent press briefing in Geneva.

That exodus has considerably increased over the last two years. 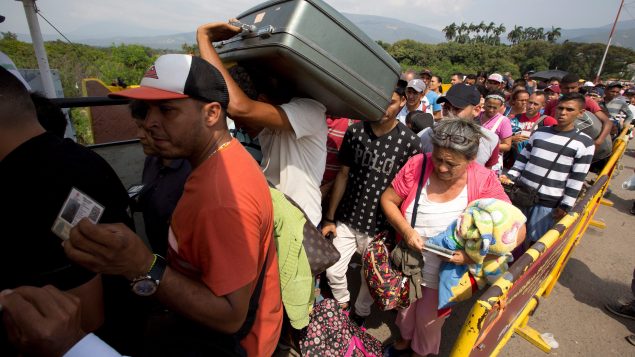 “Venezuelans live in increasingly difficult conditions, with many fleeing the country,” International Development Minister Marie-Claude Bibeau said in a statement.

“Canada’s support will help experienced partner organizations respond to the growing humanitarian needs in the region. It will provide much-needed relief for those affected by the crisis and help alleviate some of their suffering.”

Ottawa is contributing $1.3 million to the World Food Programme and Action Against Hunger in Colombia for food security, access to clean water and sanitation.

In addition, $4 million in funding will go to the United Nations High Commissioner for Refugees, the International Committee of the Red Cross and the United Nations Office for the Coordination of Humanitarian Affairs, officials said.

The Canadian funding announcement comes as UNHCR has recently requested from donors an initial $46 million to implement its regional response plan for Venezuelans in the main host countries.

So far, this plan is only four per cent funded, UNHCR said.