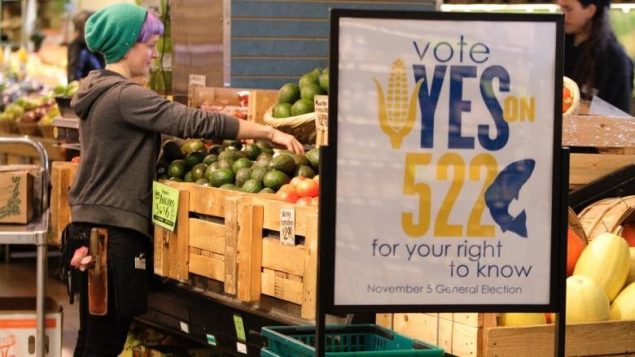 An employee at a Seattle co-op stocks produce near a sign supporting a 2013 ballot initiative in Washington state that would have required labeling of GMO foods. The initiative failed after major U.S. food and biotech companies spent millions of dollars fighting the measure. A similar spending spree happened in 2014 in Colorado and Oregon. A new Canadian study shows a majority of Canadians support mandatory labelling of GM foods. Photo: Jason Redmond/Reuters

GM foods: Canadians not fearful, but want to know

A new study by Dalhousie University of Halifax Nova Scotia shows Canadians are divided and confused about genetically modified foods.

Sylvian Charlebois (PhD) is the lead author. He is a professor in Food Distribution and Policy, and Dean of the Faculty of Management at Dalhousie

The study is called, “Biotechnology in Food: Canadian attitudes toward genetic engineering in both plan- and animal-based foods” showed that although there is quite a bit of uncertainty about GM safety, many Canadians would still accept GM foods,  (pdf report available HERE) 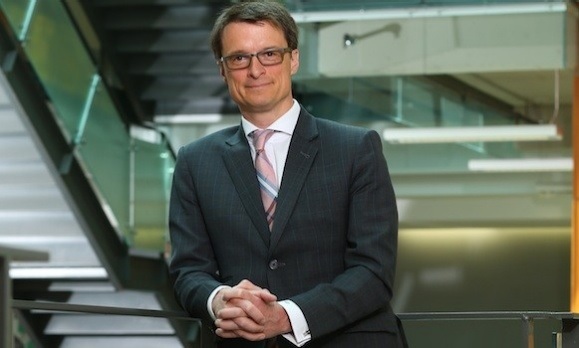 Sylvain Charlebois (PhD) is Dean of the Faculty of Management, Dalhousie University, Halifax. He is lead author of the survey. Photo: Dalhousie U

Although divided and uncertain about he Health issue, there is a clear majority who would like to see GM products labelled as such. 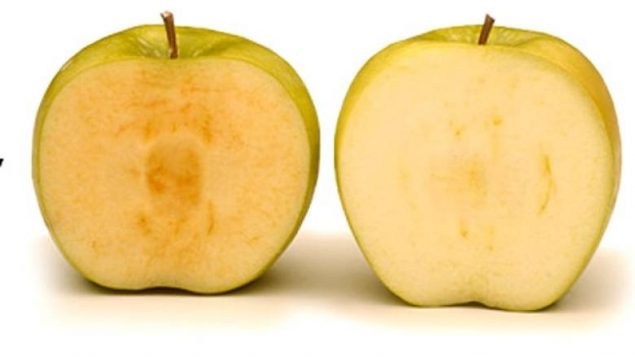 The “Arctic apple” is a genetically modified fruit. The Arctic apple on the right does not brown as quickly as another variety of apple on the left because the genes which produce polyphenol oxidase have been silenced, meaning the chemical reaction that leads to browning does not take place. Photo: Okanagan Specialty Fruits

The study also showed the greatest concern of Canadians was around GM fish and seafood, followed by concern about GM meats (pork, beef, poultry) and dairy. They are least concerned about GMO fruits and vegetables. 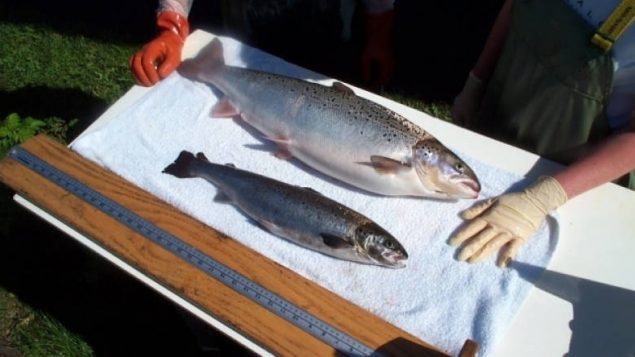 Simon Somogyi from Dalhousie’s Faculty of Agriculture is a co-author of the study. In a press release he said,  “Canada is moving to a more plant-based diet, which will most likely involve more genetic engineering. It’s heartening that the produce industry has the greatest level of trust with consumers.”

While the study points to concerns, GMO-free food isn’t necessarily the most important consideration on Canadian shoppers’ minds.

It seems things like the price,  the absence of hormones and antibiotics, nutritional content, familiarity with the product and location of production are still more important factors in purchasing decisions.

The food industry in North America has long resisted mandatory labelling of GM products over fears consumers would avoid them.